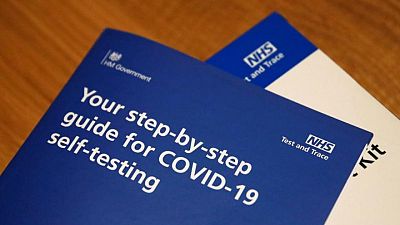 The London Stock Exchange (LSE) has enjoyed a strong run of IPOs this year yet biotech firms have traditionally opted to list in New York over London, or have listed on the LSE‘s junior AIM bourse rather than the main market.

“We went through a thorough and rigorous process and went for London,” CEO Gordon Sanghera told journalists this month. “For many, many reasons is the right place to float, and some of the government moves are encouraging.”

Oxford Nanopore is the LSE‘s first major biotech listing since 2014 when allergy specialist Circassia went public and fetched a valuation of 581 million pounds, according to Reuters Breakingviews.

“This will be seen as a vote of confidence for the London Stock Exchange as a worthy launch pad for both tech and pharmaceutical companies, particularly given the NASDAQ‘s dominance in this space,” Hargreaves Lansdown analyst Susannah Streeter said in an email.

The company reached a value of about 4.95 billion pounds at the session’s high after opening 28% above their initial public offering (IPO) price of 425 pence.

Oxford Nanopore, whose stated vision is to enable the “analysis of any living thing, by anyone, anywhere,” sells a range of devices for DNA and RNA sequencing – an essential tool in medicine, biology and forensics.

“The company has really hit a sweet spot since it makes devices to sequence COVID variants, and it’s in a sector that will only become more important, attract more attention and more investment over the coming years,” Markets.com analyst Neil Wilson said.

Oxford Nanopore sold 524 million pounds worth of shares in the IPO. It had set its issue price towards the upper end of an earlier range.