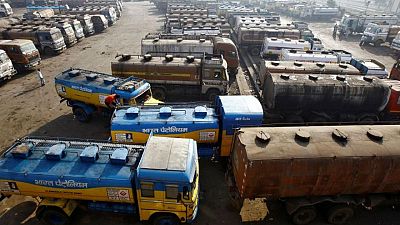 By Nidhi Verma and Florence Tan

NEWDELHI/SINGAPORE – Indian refiners are gearing up to alter their crude oil import mix in favour of lighter grades that yield more gasoline to meet a surge in demand for the motor fuel in Asia’s third-largest economy, company officials and analysts said.

Refiners in the world’s No. 3 oil importer and consumer will increase imports of gasoline-yielding crudes from the United States and West Africa, while cutting heavier sour grades from the Middle East that yield more middle distillates like diesel and kerosene, they said.

The move dovetails with an earlier push to reduce India’s reliance on Middle Eastcrudes to enhance energy security.

“The gasoline demand is very, very strong, whereas diesel is lagging behind right now,” said Amrita Sen, head of research at Energy Aspects.

“Refiners are shifting yields further to gasoline … I would expect more West African, gasoline-rich crude to flow into India, less sour crude to go in there.”

Indian refineries are designed to maximise diesel production mostly from Middle Eastern oil, as government-controlled prices made the middle distillate the preferred fuel for industries and trucking firms.

But a narrowing price gap between gasoline and diesel, and a consumer switch to personal vehicles instead of diesel-powered public transport since the onset of the coronavirus, are helping to lift gasoline consumption.

“Demand growth in gasoline is much higher compared to diesel due to changing consumer preference on personal use vehicles … and better power supply reducing use of diesel gensets,” said M.K. Surana, chairman of Hindustan Petroleum Corp.

Credit rating agency Moody’s India unit ICRA expects India’s gasoline consumption to rise 14% to a record 31.9 million tonnes (739,000 bpd) in the fiscal year to end-March 2022, while diesel consumption is expected to take well into the fourth quarter or even next year to recover pre-pandemic levels.

As well, Indian Railways, a key gasoil buyer, is cutting diesel use as it rolls out a plan to electrify its entire broad-gauge network by 2023.

“India’s gasoline demand will continue to rise … so our crude diet will change accordingly and move towards the lighter grades,” said a Bharat Petroleum Corp Ltd official.

Crude with API gravity of more than 40 – such as U.S. West Texas Intermediate (WTI) Light, WTI Midland, Nigeria’s Akpo and Kazakhstan’s CPC Blend – can be used to maximise gasoline output at refineries equipped with fuel-upgrading units such as a catalytic reformer, he said.

Indian Oil Corp, the nation’s largest refiner, is having similar discussions about changing up its crude mix, a company official said.

State refiners, which mostly buy lighter grades through spot tenders instead of term contracts, also plan to raise the share of spot purchases in their imports to 37% in the fiscal year to end-March 2022, from 22% in 2018/19, said another official at one of the state refiners.

The officials declined to be named as they are not authorised to speak to media.

“Most refiners cannot change their plant configuration or install additional blending facility overnight, so to maximise gasoline output the easiest way is to tweak the crude mix towards lighter grades,” said the BPCL official.

With the refocus, West Africa’s share of India’s market could rise to 20% in the next few months from about 10%-17% currently, while Middle East’s share could fall below 60% from about 65%, Energy Aspect’s Sen said.

“It’s not particularly great for the Middle East suppliers and I think West Africa should benefit,” Sen said.