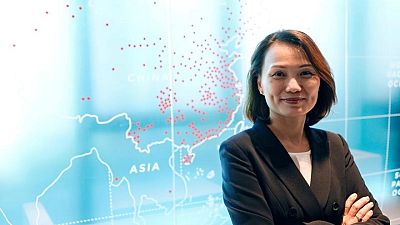 SHANGHAI – KFC operator Yum China Holdings is focusing its store expansion efforts in China on smaller cities, as demand there has recovered from the pandemic much quicker than that in the country’s major centres, its chief executive said on Thursday.

The owner of the KFC, Pizza Hut and Taco Bell chains in China is the country’s largest fast food operator with more than 11,000 outlets. Earlier on Thursday, it told an investor day that it was accelerating its store network expansion to reach a 20,000 outlet milestone across 2,700 cities.

The company did not break down how many of the planned new stores are for what it refers to as lower-tier cities.

Yum China’s Chief Executive Joey Wat, however, told Reuters in an interview on Thursday that the company was targeting such areas as their residents had larger disposable incomes versus those of larger cities, such as Beijing and Shanghai, and were willing to spend more.

“The living cost in higher-tier cities is generally greater due to rising housing prices in the past few years, meaning that disposable income is less,” Wat said. “Since the pandemic, people in high-tier cities have been more conservative in their spending than lower-tier cities.”

The pandemic has weighed on the company’s business even though China has largely contained COVID-19, with the help of Beijing’s “zero-tolerance” policy that has seen authorities lock down areas deemed high-risk, even when only a handful of cases were detected.

Yum China warned last week that adjusted operating profit would take a 50% to 60% hit in the third quarter as the spread of the Delta variant in China caused more than 500 of its restaurants to temporarily close or only do take-away business.

Consumer habits have also shifted in China during the pandemic and Yum China was launching new products and packaged foods to capture the at-home consumption trend, Wat said.

For example shoppers can buy two pieces of raw steak from a Pizza Hut online ordering service for 99 yuan.

“Pizza Hut not only sells cooked steak, it sells raw steak,” Wat said. “Many people, whatever their age and gender, learned to cook during their stay-at-home days.”

Yum China and Italian coffee maker Lavazza, which formed a partnership in 2020, also said on Thursday that they aim to open 1,000 Lavazza cafés in China by 2025 from 22 by the end of August. The two groups will inject $200 million initially into the joint venture to fund its future growth.

“This is only the first phase,” Wat said. “More investment will follow.”