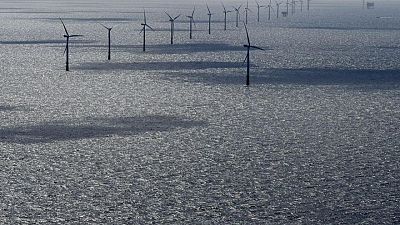 OSLO – Swedish energy company Vattenfall said on Monday it increased its emission reduction goals for 2030 and brought forward its net zero target by 10 years to 2040, by phasing out coal and increasing wind and solar capacity.

“The climate crisis is for real and not only do we have a responsibility to step up and move fast, we also see many opportunities for us at Vattenfall in being a leader in this urgent transition,” Chief Executive Anna Borg said in a statement marking the start of the company’s capital markets day.

Vattenfall’s previous targets aligned with efforts to limit global warming to 2 degrees Celsius, while the sharpened set of goals will match them to a 1.5 C target, it said.

It also raised its ambition for absolute emissions from use of sold products, known as scope 3, from a cut of 20% to 33% over the same period.

To do so, it will switch its last units powered by coal – two heating plants in Germany – to a combination of biomass, heat pumps, power-to-heat, and natural gas, Vattenfall said.

It would also lift its current 3.7 gigawatts of wind and solar operations by four times and increase its electric charging points 25-fold from 2020 levels.

Vattenfall further seeks to help curb emissions outside its own business, by supporting the wider electrification of industrial processes, including in steel, cement, heavy transport and chemicals.

“We also commit to a Net Zero by 2040 target, meaning we will achieve net zero emissions in our full value chain by 2040,” Borg said.

This also covers all CO2 emissions from suppliers and customers, which will either have been eliminated or offset via negative emissions certificates.