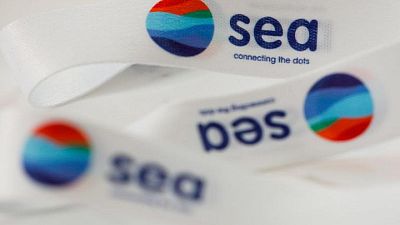 The company priced 11 million American Depository Receipts https://refini.tv/3E3K4VS at $318 each, together with $2.5 billion in a convertible bond.

Sea operates the popular e-commerce site Shopee, which has been expanded through Asia and Latin America, and the company is pushing into Europe https://www.reuters.com/business/retail-consumer/seas-shopee-debut-europe-with-poland-launch-sources-2021-09-07 by opening in Poland, Reuters reported.

Shares of Sea, Southeast Asia’s most valuable listed company by market capitalisation, were up 1.6% in pre-market trade on Friday. The stock is 62% higher for the year.

The deal was the largest fundraising in Southeast Asia, according to Refinitiv data.

“Given the huge level of investor interest in tech stocks and with interest rates so low, it’s always good to bulk up finances,” said one source familiar with the transaction.

For the quarter to June, Sea’s adjusted earnings before interest, tax, depreciation and amortisation for its digital entertainment business rose to $741 million, up 71% year on year.

If the over-allotment is exercised on the share sale and convertible bond issuance, the amount raised would climb to $6.9 billion, Sea’s regulatory filings showed, which would be the largest raising by an Asian company listed in the United States.

At $318, the price set was a 1.4% discount to its trading price ahead of the deal’s launch in New York on Wednesday.

In its filings, Sea said it planned to use the cash for strategic investments and potential acquisitions.

But one analyst questioned the need to raise funds given the company had $7 billion on its balance sheet at the end of June.

“The reason for this fund raising could be an early indication that the gaming business is no longer capable of funding the e-commerce and fintech growth,” Lightstream Research analyst Oshadhi Kumarasiri said.