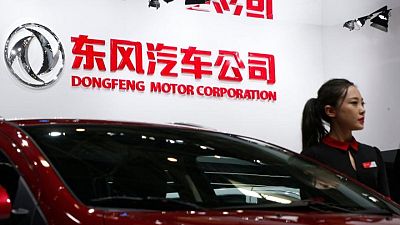 PARIS/MILAN – Stellantis shareholder Dongfeng Motor Hong Kong (DMHK) has sold part of its stake in the automaker for about 600 million euros ($710 million), as agreed before the group was formed via a merger at the beginning of the year.

As part of a package of agreements signed by shareholders upon the tie-up between Fiat Chrysler and France’s Peugeot maker PSA, former PSA investor Dongfeng was required to sell around 36 million shares in the new group by the end of 2022.

Dongfeng said it had completed the sale of 36.1 million Stellantis shares, equivalent to a 1.15% stake, through an accelerated bookbuilding process (ABB) at a price of 16.65 euros each.

No details were provided about who bought shares in the ABB. By 1220 GMT Milan-listed shares in Stellantis were down 2.6% at 16.64 euros.

The Chinese group’s PSA shareholding dates back to 2014, when it joined a capital increase that was launched to save the French automaker from bankruptcy.

After the transaction, the Chinese company retains a 4.5% stake in Stellantis and has agreed a 90-day lock-up period during which it can sell no more shares.

The merger agreements also allow the Peugeot family to further increase its current 7.2% stake in Stellantis by up to an additional 1.5% by acquiring shares from France’s state lender Bpifrance, from Dongfeng or on the market.

Asked whether it had bought shares from Dongfeng, the Peugeot family declined to comment.

Stellantis’ other top investors are Exor, the holding company of Italy’s Agnelli family, with a 14.4% holding, and the French state with a 6.2% stake.

Dongfeng is one of Stellantis’ partners in China, where they operate though a joint venture which sold 47,788 cars between January and July.

In China Stellantis also has a joint venture with former Fiat Chrysler partner GAC, which on Tuesday said it would close one of the JV’s two factories in the country by next March.

Stellantis is planning to deeply reshuffle its strategy in the world’s biggest auto market, where it has struggled to sell cars.