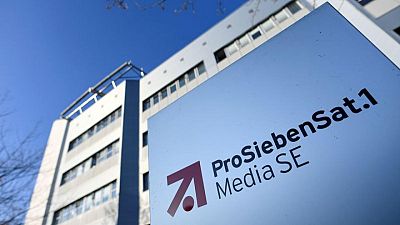 (Removes attribution of statement on valuation in sixth paragraph)

By Arno Schuetze and Douglas Busvine

FRANKFURT – Dating group ParshipMeet has started preparations for an initial public offering (IPO) next year as its private equity shareholder seeks to benefit from high sector valuations and sell some of its stake, three people close to the matter said.

ParshipMeet, which is 43% owned by buyout group General Atlantic and 53% by German broadcaster ProSiebenSat.1 Media, has invited banks to pitch for roles in the listing, the sources said.

Investment bank Evercore is helping ParshipMeet’s shareholders with the IPO preparations and the choice of banks to organise the transaction, which is expected to take place in the first half of 2022, they said.

ProSieben Chief Executive Rainer Beaujean has publicly set his sights on floating ParshipMeet in 2022. Its e-commerce business bought The Meet Group last year for $467 million and renamed it ParshipMeet Group.

Applying a market multiple of 35 times its core earnings of 100-120 million euros would imply that ParshipMeet could be worth upward of 3.5 billion euros ($4.1 billion).

By crystallising the value of its stake in ParshipMeet, which it would retain after the IPO, ProSieben could show investors that its core entertainment business was undervalued, he said.

“If you look at a sum-of-the-parts valuation, entertainment would be worthless,” Beaujean said in November, when ProSieben’s market valuation was 2.3 billion euros. It has since risen to 3.8 billion.

ParshipMeet reported first-half revenues of 280 million euros, up 19% on a pro-forma basis, while adjusted earnings before interest, taxation, depreciation and amortization (EBITDA) climbed to 61 million euros.

While dating has been hit by the coronavirus pandemic, which has made it harder to meet up in person, ParshipMeet says its live video platform is driving romantic interest across its stable of brands, which include Parship, MeetMe and eharmony.

Rivals such as Bumble and Tinder-owner Match Group trade at about 50 times their expected core earnings. That means ParshipMeet could be valued at more than 4 billion euros in the IPO, people close to the matter said.

One source cautioned, however, that the weak recent performance by shares in Bumble, which are down 22% this year, and by other recent e-commerce IPOs in Germany might push the ParshipMeet deal into the second half of 2022.

ProSieben’s Nucom unit bought The Meet Group in early 2020 for 14.8 times the company’s core earnings. ParshipMeet has since been made into a standalone business unit.