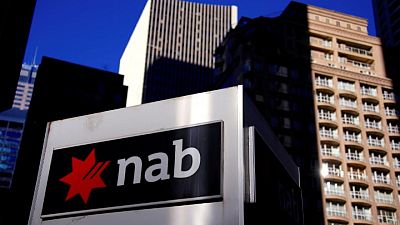 -National Australia Bank said on Monday it will buy Citigroup’s local consumer unit in a deal valued at about A$1.2 billion ($882.24 million), creating the second-largest credit card provider in Australia.

The deal, which includes a A$250 million premium, will elevate NAB‘s personal banking business as the lender vies for a bigger share among Australia’s “Big Four” banks that control more than 80% of the market.

“The cards and payments sector is rapidly evolving and access to a greater share of payments and transaction data will help drive product and service innovation across our personal banking business,” said NAB Chief Executive Officer Ross McEwan.

The deal comes after U.S. lender Citi in April said it would exit its 13 overseas consumer operations under an overhaul by new boss Jane Fraser to boost profitability.

Citi’s consumer business in Australia had lending assets of A$12.2 billion and deposits of A$9 billion at the end of June.

Under the terms, 800 Citi employees and senior management will join NAB. Citi’s institutional business and underlying technology or platforms are not part of the deal, which is subject to regulatory approvals.

The Australian lender expects annual pre-tax cost savings of A$130 million over three years, and will spend A$165 million in fiscal 2022 and 2023 to build a new unsecured lending platform for the combined business.

Total acquisition and integration costs will come up to A$375 million, NAB said, adding the deal was expected to close by March 2022. The bank, Australia’s third-largest, said it would enter talks with Citi’s white label partners, but cautioned that all of them may not transition.

NAB, which is set to provide a third-quarter trading update on Thursday, will fund the acquisition with its existing funds.