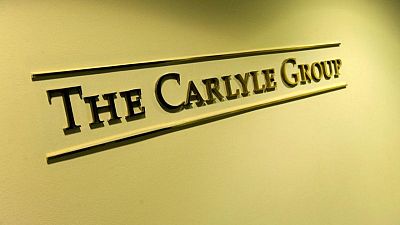 Vectura’s shares jumped as much as 7% to a more than four year high of 164.8 pence, indicating investors may be expecting a counter bid.

Vectura, which makes respiratory treatments, said it was now backing Carlyle’s offer and withdrawing its recommendation for Philip Morris’ proposal.

Philip Morris did not immediately respond to a request for comment.

The previously agreed deal with Philip Morris came as big tobacco companies are trying to change their image following years of negative press and lawsuits for marketing and selling health-harming cigarettes.

London-listed Vectura said it might be better positioned under Carlyle’s ownership, noting the “reported uncertainties relating to the impact on Vectura’s wider stakeholders arising as a result of the possibility of the company being owned by PMI (Philip Morris)”.

Vectura makes inhaled medicines and devices to treat respiratory illnesses such as asthma, and counts Novartis and GSK among its customers. It has also agreed to develop a potential inhaled treatment for COVID-19 with Inspira.

Carlyle’s offer in May also valued Vectura at 958 million pounds, but included a 19 pence per share dividend that was paid the following month.

“This (Carlyle’s latest proposal) is a highly attractive offer for Vectura shareholders, which secures the delivery of future value in cash, with no regulatory contingencies to completion,” Vectura Chairman Bruno Angelici said.

Vectura shareholders AXA Investment Managers, TIG Advisors and Berry Street Capital have all indicated their support for the deal, Carlyle said. They together hold a stake of about 11.2% in the drugmaker.

Takeovers for British companies hit a 14 year high by value in the first seven months of 2021, driven by relatively cheap valuations due in part to the pandemic and Brexit.