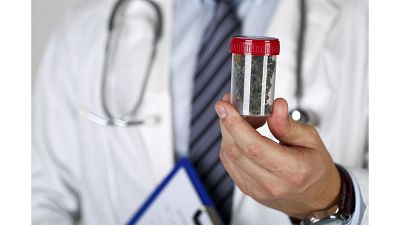 Male medicine doctor hand holding in hand medical marijuana   -   Copyright  Canva
The opinions expressed in this article are those of the author and do not represent in any way the editorial position of Euronews.
By Shane MacGuill  •  Updated: 15/02/2022

As a global society, we are living in reliably unreliable times, bathed in the dubious glow of a bonfire of certainties. Please allow me to add another set of conventions to the pyre: our most maligned and restricted drugs might heal us.

Consumers, the medical community and regulators are beginning to re-examine taboo substances through the fresh light of evidence and experience. Cannabis, nicotine and psychedelics will create a new, transgressive wellness and form part of our collective health and wellbeing in the years to come.

Trust towards big pharma is eroding

There are many drivers for this. On the consumer side, we have become more nuanced in our use of substances. We are increasingly disenchanted with legacy solutions and - as a result of man-made catastrophes such as the US’s opioid crisis - less inclined to blindly outsource our health to the pharmaceutical industry.

The medical and regulatory communities are also skeptical. Clinicians are increasingly aware of the limits of existing ‘official’ treatment for conditions as diverse as chronic pain (including palliative care), epilepsy, depression, and sleep disorders. There is appetite for change.

Cannabis, nicotine and psychedelics will create a new, transgressive wellness and form part of our collective health and wellbeing in the years to come.

Equally, many governments are defining public health more broadly. They are counting the cost of public health issues and the ineffective responses to them. This is opening up dialogue amongst several administrations around exploring the role demonised substances could play.

Cannabis, nicotine, and psilocybin, for example, are all naturally occurring organisms with millennia of holistic human use. Whereas man-made substances such as LSD and MDMA have a technical origin, within pharmaceutical or military research, which tends to confer a kind of native legitimacy.

Of course, none of this is to say that these substances are risk-free or will prove to be beneficial. Depressants, psychedelics and stimulants are compounds with unique properties and evidence. What is clear however is that the reframing from agents of chaos into facilitators of transgressive wellness is underway.

In fact, in the case of cannabis, that rehabilitation is already maturing. The modern consumer is using the drug in different ways and in doing so, dissolving the traditional image of recreational consumption.

The credibility of cannabis as a medical treatment has grown to a point where large sections of the public increasingly believe in its therapeutic potential. Once this Rubicon is crossed, wider legalisation is sure to follow.

The US Federal Drug Agency (FDA) has designated psilocybin as a breakthrough therapy for major depressive disorder and MDMA for post-traumatic stress disorder, indicating widespread conviction that these therapies will prove superior to existing treatments.

These are powerful substances which leading researchers say "increase entropy in spontaneous neural activity" and can create permanent or semi-permanent changes in mindsets and patterns of thinking.

But there is currently no certainty that they can be effective enough at low doses or safe enough at higher doses to be taken out of the clinical setting.

However, even if psychedelics were to be 'confined' to the treatment room, their wider use looks set to be revolutionary.

Despite being the most widely available of the compounds discussed, its path to rehabilitation is arguably the longest and steepest.

Public misunderstanding of the properties and impact of nicotine consumption is shaped by its predominant delivery system, the combustible cigarette.

But awareness of nicotine as a possible cognitive function enhancer, potentially to treat conditions such as Parkinson's disease, has been present in the background for some time.

More recently, some research suggests there is a putative link between the consumption of nicotine and resistance to transmission of COVID-19. It is also likely to be less addictive when consumed in formats other than the traditional cigarette.

Combined, these point to a scenario of nicotine being delivered as one of a stack of ingredients in say a tablet, shot, or gel to improve immunity, focus, and cognitive function.

Not quite 'Tobacco Saves' perhaps but certainly 'Nicotine Improves'.

Ultimately, the rehabilitation journey of these drugs has a way to go - not all will reach the end.

Yet a combination of public disenchantment, our collective curiosity, and the compulsion of experts and governments to do more good and less harm at lower cost, will ensure one era’s transgression, is another’s wellness.