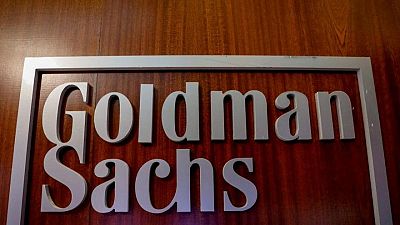 -Goldman Sachs Group Inc executives said a record backlog of deals will help drive profits for the rest of the year after the bank smashed second-quarter estimates.

Deals worth $1.5 trillion were announced in the three months to June 30 despite slowing activity among blank-check firms, more than any second quarter on record and up 13% from the record first quarter of the year, according to Refinitiv data.

Goldman’s Chief Executive Officer David Solomon expects the deal bonanza to continue as company bosses look to re-position their business for the post-pandemic world, he told analysts on a conference call.

“Strategic discussions with our corporate client base remain high, reflective of elevated CEO confidence and the prospect of continued economic recovery,” he said. “We’re seeing really broad engagement across our franchise.”

A note of caution was sounded on the potential impact of President Joe Biden’s executive order signed last Friday, urging agencies to crack down on anti-competitive practices – a move that could make deals more difficult.

“It’s something we’ll have to watch very, very closely,” Solomon said, adding that he expected “a lot of discussion” about whether large tech companies will be allowed to merge.

The bank comfortably held on to its top ranking on the league tables for worldwide M&A advisory, according to Refinitiv. The league tables rank financial services firms on the amount of M&A fees they generate.

Total net revenue surged 16% to $15.39 billion, while diluted earnings per common share of $15.02 beat estimates of $10.24, according to the IBES estimate from Refinitiv.

Trading, however, was a sour spot, as the bank hit tough comparisons with a year ago when the COVID-19 pandemic first hit, sending markets into a frenzy.

The global markets business, which houses the trading business, reported a 32% fall in revenue.

Goldman has been among the top performing bank stocks, rising 42%, in the year-to-date. The bank has benefited from this year’s stock market boom but analysts question whether it will continue to cash in when markets return to normal.

The bank’s executives say changes to the business, including serving a wider range of corporate clients, have led to market share gains which Goldman can retain even when conditions get tougher.

“We picked up 160 basis points of market share through the first quarter, and that’s allowing us to take greater share of whatever the broader trading market provides us,” Solomon said.

The bank reiterated its confidence in hitting targets set at its first-ever investor day last year, including generating $1.3 billion in expense savings.

Revenue in its consumer banking business, a focus for Solomon as he looks to diversify the business, rose 41% in the quarter, reflecting higher deposit and credit card balances.