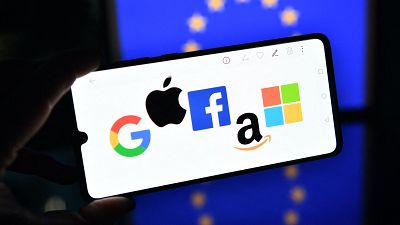 The United States has asked European countries to delay a proposed digital services tax, according to documents reportedly seen by the AFP news agency.

The new EU tax, to be announced by the European Commission on July 14, "threatens the work undertaken through the OECD/G20 process," the US document said.

"We urge you to work with the European Council and the European Commission" to delay the announcement of the new tax, the document added, referring to the EU authorities tasked with pushing through the EU taxation plan.

The publication of the EU draft "would risk completely derailing the negotiations at a sensitive time," the US document continued.

Negotiations involving 139 countries are currently underway at the OECD in Paris to reach a preliminary agreement on global taxation ahead of a major meeting of G20 finance ministers in Venice on July 9.

Talks will continue with the aim of reaching a final agreement in the autumn.

Diplomatic sources told AFP that the US arguments had been passed on to Germany, as well as the so-called "Frugal Five" members the Netherlands and the Nordic countries, among others. Authorities in the member states concerned refused to officially confirm Washington's move.

These countries, along with Ireland, were previously behind the failure of a similar EU digital tax proposal, which would have resulted in higher taxes being paid in Europe by US tech giants such as Amazon, Google and Facebook.

Although details have not yet been made public, the European Commission insists that the proposed tax would be in line with OECD agreements and would affect thousands of companies, including European ones. It is intended to help finance the EU's €750 billion post-pandemic recovery plan.

Online marketplaces have it too easy. It’s time the EU acts | View