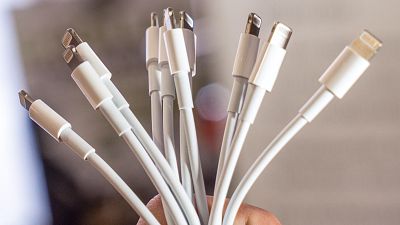 Apple is working on a new iPad Pro that will act as a wireless charging pad for other devices, Bloomberg reported on Friday.

The company is reportedly investigating a feature, dubbed "reverse wireless charging," which would allow users to charge iPhones and other gadgets by placing them on the new iPad.

To accommodate wireless charging, the iPad will move to a glass-backed design, bringing the tablet's aesthetic into line with the current lineup of iPhones.

Apple reportedly plans to release the larger Pro model next year, with a revamped version of the iPad Mini featuring a thinner bezel - or frame - to come later in 2021.

The new iPad Mini may also come without a home button.

The cost of wireless charging

While some users say that wireless charging is more convenient than wired connections, the technology comes at a cost.

If everyone in the world switched to wireless charging, it would have a measurable impact on the global power grid.

If every one of the world's 3.5 billion smartphones were to switch to wireless charging, the energy demand of those devices could skyrocket, the report said.

"If all of a sudden, the 3 billion-plus smartphones that are in use, if all of them take 50 per cent more power to charge, that adds up to a big amount. So it’s a society-wide issue, not a personal issue," said iFixit CEO Kyle Wiens in an interview with OneZero.