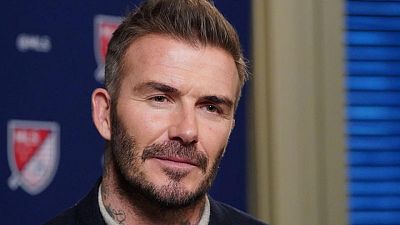 <div> <p> – David Beckham has taken a 10% stake in Lunaz, a UK-based car restoration and electrification firm, as the former England soccer captain builds on diverse investments in companies related to e-sports, cannabis and now automobiles. </p> <p>Beckham had invested in Lunaz through his investment vehicle, DB Ventures, the company said on Thursday, but did not disclose the value of the deal. </p> <p>“I was drawn to the company through their work restoring some of the most beautiful classic cars through upcycling and electrification,” Beckham said in a statement. He will join Lunaz’s founders and the Barclay, Reuben and Dellal families as a shareholder.</p> <p>Founded in 2018 by David Lorenz, Lunaz re-engineers and electrifies classic cars made by Rolls-Royce, Jaguar and Range Rover and Bentley.</p> <p>Beckham, 46, became co-owner of London-based virtual sports academy Guild Esports last year. He also co-owns Major League Soccer’s Inter Miami and has a nearly 5% stake in Cellular Goods, which makes skincare and athletic recovery products based on biosynthetic cannabinoids. </p> <p>Lunaz did not immediately respond to a request for comment, while the former Manchester United player or his publicist could not be immediately reached for further comment.</p> <p/> </div>