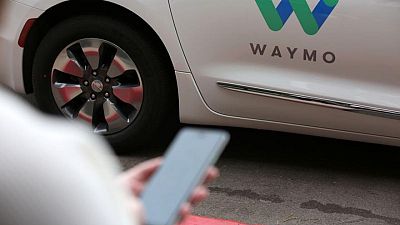 The service, called Waymo One, will be added in the “ride-sharing and transit” tabs of the Maps app, Waymo said. Waymo One currently offers fully autonomous rides in the East Valley of Phoenix, Arizona.

Waymo, formed in 2009 as a project within Alphabet’s Google unit, is widely considered the leader in developing self-driving technology. But is years away from building large-scale businesses, while rival Tesla Inc has been selling its semi-automated driving system.