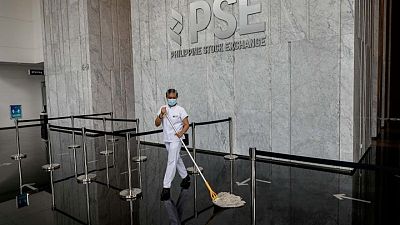 MANILA -Philippine food maker Monde Nissin Corp is pinning its future on the fast-growing alternative meats business on the back of a 48.6 billion pesos ($1 billion) initial public offering (IPO), which marked the country’s largest-ever listing.

On its market debut on Tuesday, the family-controlled company’s shares ended trading at 13.48 pesos versus the 13.50 pesos IPO price. The issue was Southeast Asia’s second-largest this year after the $1.8 billion IPO of Thailand’s PTT Oil and Retail Business.

The four decade-old group’s market leading position in the Philippines, with its ubiquitous Lucky Me! instant noodles and SkyFlakes biscuits, has propelled the family behind the conglomerate to the ranks of the richest in the Philippines.

The owner of Britain’s meat alternative Quorn, which it acquired for about $830 million in 2015, is ramping up capacity and is also targetting a big jump in sales in U.S. markets.

“We still have a lot of possibilities to raise even more (capital) in the next few years,” Henry Soesanto, Monde’s CEO, told Reuters in an interview.

The IPO was covered nearly six times and comes ahead of planned listings of real estate investment trusts and National Grid Corp of the Philippines. These will take the country, a historical laggard in IPOs, to the top regional spot this year.

Bringing in strategic investors in its Quorn business at a later stage might be one of the options for Monde to raise more funds, Soesanto said.

The IPO process was codenamed ‘Taurus’ after a bull, signifying a sustained bull run, the 69-year-old said.

The global meat substitutes market has surged in recent years on consumer concerns about health, sustainability and animal welfare, helping firms such as Beyond Meat and Impossible Foods to attract record investments.

“There will be explosive growth,” he said, citing industry studies stating the protein market will grow multifold over the next couple of years.

Monde’s shares were the most actively traded on Tuesday and rose as high as 13.56 pesos. Monde Nissin ended the day with a market value of $5 billion in a steady broader market.

Analysts previously said the food maker had priced its IPO conservatively in a market that so far this year has lost 7%, making it the region’s worst performer.