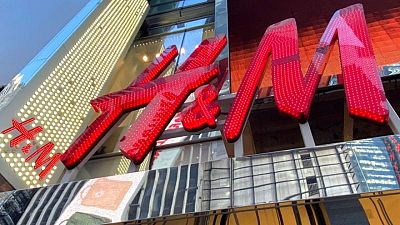 <div> <p>By Anna Ringstrom</p> <p><span class="caps">STOCKHOLM</span> – Swedish online second-hand shop Sellpy, which is majority-owned by fashion giant H&M, said on Monday it was opening in 20 more European countries, in a bet demand for sustainable fashion will keep growing. </p> <p>The start-up handles the entire sales process from picking up the goods from sellers’ homes, to photographing, selling and shipping. The expansion will take its number of markets to 24 after it first launched in 2014 in Sweden.</p> <p>Sellpy said in a statement second-hand was one of the fastest growing market segments within the fashion industry. </p> <p>“Every garment bought pre-owned saves resources for our planet. Demand in our new markets is growing rapidly”, Head of Expansion Gustav Wessman said.</p> <p>As consumers become increasingly conscious about the origins and sustainability of their clothes, the fashion industry is coming under scrutiny for fuelling a throwaway culture. </p> <p>The H&M group, which is on the outlook for additional revenue streams following a few rough years with slowing sales in many H&M stores, bought its first stake in Sellpy in 2015. </p> <p>H&M has invested more than 20 million euros ($24.38 million) in Sellpy and owns around 70% of the company, Wessman told Reuters. </p> <p>Sellpy said it had started a collaboration with H&M that gives it access to an H&M warehouse in Poland, as well as service around distribution, quality control of garments and order handling.</p> <p>Earlier this month, Lithuania-based Vinted raised 250 million euros ($305 million) to expand further in Europe and beyond, and said the fundraising put a pre-money valuation on the business of 3.5 billion euros.</p> <p>Sellpy said more than nine million garments had been sold in total on its platform. </p> <p>($1 = 0.8201 euros)</p> <p>($1 = 0.8205 euros)</p> <p/> </div>