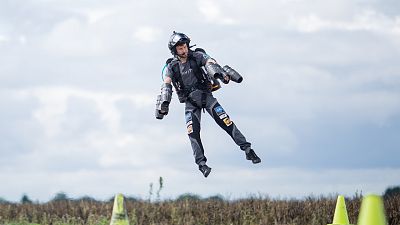 Anyone who grew up imagining a future of flying cars, hoverboards and holograms might look around a little disappointed with the current crop of tech gadgets that have come to populate our lives.

For one thing, in defiance of childhood fantasies everywhere, none of them can make us fly.

But that is set to change.

Richard Browning, the founder of Gravity Industries, has taken it upon himself to extract the humble jetsuit from its sci-fi origins and create an impressive functional prototype for real world uses.

The suit when fully fuelled weighs in at about 30 kilos and can travel at speeds of up to 136 km/hr.

So far, it has been tested by the UK’s Royal Marines in a military exercise to see whether the suits could be employed to intercept and board hostile ships.

It has also been trialled last year by the UK’s Great North Air Ambulance Service as a faster, more efficient method of mountain rescue.

To see the suit in action and an interview with its creator, watch the video in the media player above.