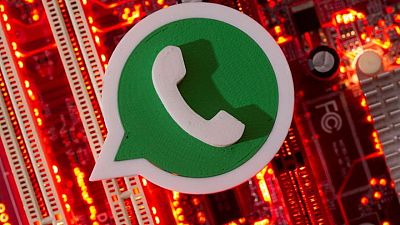 <p><body> <p><span class="caps">BOGOTA</span> (Reuters) – Colombia’s top consumer protection watchdog on Wednesday ordered messaging application WhatsApp to take measures to protect users’ personal data, saying it was violating more than half of the regulations governing such information.</p> <p>The Superintendency of Commerce and Industry said WhatsApp, owned by social network giant Facebook Inc, needed to comply with rules meant to ensure users can know, update and correct information about them held in databases and by companies.</p> <p>The app is also not meeting 75% of data protection rules in a 2012 law, the regulator said in a statement.</p> <p>WhatsApp did not immediately respond to a request for comment.</p> <p>WhatsApp collects data via cookies on at least 39 million active users per month in the Andean country with a population of about 50 million, the regulator said.</p> <p>WhatsApp should “create a treatment of information policy (<span class="caps">PTI</span>) which complies with all the requirements demanded by Colombian regulation,” the regulator said. “The <span class="caps">PTI</span> should be known to the owners of data who are domiciled or resident in Colombian territory.”</p> <p>The app should also register its database with the regulator, it added.</p> <p>Non-compliance with the order could result in investigations and fines of up to 2,000 minimum-wage salaries, equivalent to about $486,000, or the eventual suspension of WhatsApp activities in Colombia.</p> <p/> <p> (Reporting by Nelson Bocanegra; Writing by Julia Symmes Cobb; Editing by Richard Chang)</p> </body></p>