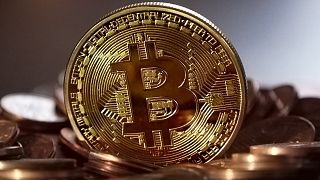 There's not a week that goes by when Bitcoin isn't making headlines. But unless you're a trader or interested in cryptocurrencies, what it is has probably flown right over your head.

So, why is Bitcoin in the news so much and why should you care? Seen by many as the future of finance, it could have a detrimental impact on the money you have in your pocket.

It's up for debate how much influence it will have on the latter but one thing is certain. Despite the volatile rises and falls in value, Bitcoin is set to be a long-term fixture in the news cycle.

So, how does it work?

While it is always depicted as a physical coin, Bitcoin is actually a virtual currency, or cryptocurrency, that is not tied to a bank or government and allows users to spend money anonymously.

The coins are created by users who "mine" them by lending computing power to verify other users’ transactions which use blockchain technology. They receive Bitcoins in exchange.

The coins also can be bought and sold on exchanges with US dollars and other fiat currencies (the physical money we use every day in our bank accounts).

Some businesses take Bitcoin as payment, and a number of financial institutions allow it in their clients' portfolios, but overall mainstream acceptance is still limited.

Bitcoins are basically lines of computer code that are digitally signed each time they travel from one owner to the next. Transactions can be made anonymously and tokens are easier to move across borders, making the currency popular with libertarians as well as tech enthusiasts, speculators — and sometimes criminals.

Bitcoins have to be stored in a digital wallet, either online through an exchange like Coinbase, or offline on a hard drive using specialised software.

According to crypto exchange Coinbase, there are about 18.7 million Bitcoins in circulation and only 21 million will ever exist. The reason for that is unclear, and where all the Bitcoins are is anyone’s guess.

How did Bitcoin come to be?

It’s a mystery. Bitcoin was launched in 2009 by a person or group of people operating under the name Satoshi Nakamoto. Bitcoin was then adopted by a small clutch of enthusiasts.

Nakamoto dropped off the map as Bitcoin began to attract widespread attention. But proponents say that doesn’t matter: The currency obeys its own internal logic.

Who is using Bitcoin?

Anyone can use, buy and sell Bitcoin through cryptocurrency exchange platforms and apps. But unless you have tens of thousands of euros just now, it's unlikely you'll be able to afford to buy even one Bitcoin token.

You could buy a share though. Small denominations of Bitcoins exist called Satoshi after the crypto's founder. One Satoshi is worth 0.00000001 Bitcoin.

The digital payment company Square and its CEO Jack Dorsey — who is also the CEO of Twitter — have been big proponents of Bitcoin. Overstock.com also accepts Bitcoin, and in February, BNY Mellon, the oldest bank in the US, said it would include digital currencies in the services it provides to clients.

Mastercard also said it would start supporting "select crypto currencies" on its network.

Bitcoin has become popular enough that more than 300,000 transactions typically occur in an average day, according to Bitcoin wallet site Blockchain.info. Still, its popularity is low compared with cash and credit cards.

Why is it not more widely used?

Given it is decentralised and unregulated, there has been a degree of scepticism around Bitcoin.

Tracking Bitcoin's price is obviously easier than trying to figure out its value, which is why so many institutions, experts and traders are dubious about cryptos more generally. Digital currencies were seen as replacements for paper money, but that hasn't happened so far.

While some banks and financial services companies are getting in on it, others are staying away.

The cryptocurrency market has also been susceptible to extreme volatility, with figures like Elon Musk using Twitter to influence the value of cryptos.

Musk announced in February that his electric car company Tesla had invested $1.5 billion (€1.2 billion) in Bitcoin. In March, Tesla began accepting Bitcoin as payment. Those actions contributed to the run-up in Bitcoin's price, and Musk also promoted the digital currency Dogecoin, which also spiked in value.

However, Musk reversed course in just a short time, saying last week that Tesla would stop accepting Bitcoin because of the potential environmental damage that can result from Bitcoin mining. The announcement sent Bitcoin falling below $50,000 (€42,000) and set the tone for the big pullback recently in most cryptocurrencies.

A number of Bitcoin fans pushed back on Musk’s reasoning. Fellow billionaire Mark Cuban said that gold mining is much more damaging to the environment than the mining of Bitcoin.

A 2019 study by the Technical University of Munich and the Massachusetts Institute of Technology found that the Bitcoin network generates an amount of CO2 similar to a large western city or an entire developing country like Sri Lanka.

But a University of Cambridge study last year estimated that on average, 39 per cent of "proof-of-work" crypto mining was powered by renewable energy, primarily hydroelectric energy.

The process of mining requires large amounts of energy to power the supercomputers needed, which makes creating new tokens a significant investment in terms of time and money. As such, the concentration of mining varies around the globe depending on access to cheap electricity.

As such, questions have been raised about the long-term viability of the currency, especially as countries around the world are moving to curb their greenhouse emissions.

The jury is still out on 'Britcoin,' says Bank of England chief

What are NFTs and why are they suddenly so popular?