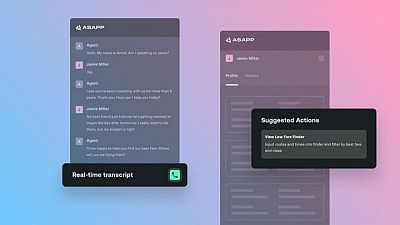 (Reuters) – ASAPP Inc, maker of artificial intelligence software for call center agents, said on Wednesday it raised $120 million, doubling the company’s valuation to $1.6 billion in the past year.

The New York-based startup also doubled its contracts last year as the COVID-19 pandemic moved businesses online at a time when many call centers were shut down or sent their workers to work from home, said founder and Chief Executive Gustavo Sapoznik.

ASAPP software does not replace human call center agents, but instead sends agents real-time suggestions of what to say in response to customers’ comments. For web chats, it presents the agent with multiple potential responses that can be sent with a click, helping both agents and customers save time.