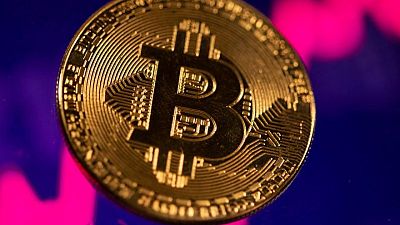 <p><body> <p>(Reuters) – Tesla boss Elon Musk’s sudden u-turn over accepting bitcoin to buy his electric vehicles has thrust the cryptocurrency’s energy usage into the headlights.</p> <p>Some Tesla investors, along with environmentalists, have been increasingly critical about the way bitcoin is “mined” using vast amounts of electricity generated with fossil fuels.</p> <p>Musk said on Wednesday he backed that concern, especially the use of “coal, which has the worst emissions of any fuel”.</p> <p>So how dirty is the virtual currency?</p> <p><span class="caps">POWER</span> <span class="caps">HUNGRY</span> </p> <p>Unlike mainstream traditional currencies, bitcoin is virtual and not made from paper or plastic, or even metal. Bitcoin is virtual but power-hungry as it is created using high-powered computers around the globe. </p> <p>At current rates, such bitcoin “mining” devours about the same amount of energy annually as the Netherlands did in 2019, data from the University of Cambridge and the International Energy Agency shows.</p> <p>Some bitcoin proponents note that the existing financial system with its millions of employees and computers in air-conditioned offices uses large amounts of energy too.</p> <p><span class="caps">COAL</span> <span class="caps">CONNECTION</span></p> <p>The world’s biggest cryptocurrency, which was once a fringe asset class, has become increasingly mainstream as it is accepted by more major U.S. companies and financial firms.</p> <p>Greater demand, and higher prices, lead to more miners competing to solve puzzles in the fastest time to win coin, using increasingly powerful computers that need more energy.</p> <p>Bitcoin is created when high-powered computers compete against other machines to solve complex mathematical puzzles, an energy-intensive process that often relies on fossil fuels, particularly coal, the dirtiest of them all.</p> <p><span class="caps">GREEN</span> <span class="caps">BITCOIN</span>?</p> <p>Bitcoin production is estimated to generate between 22 and 22.9 million metric tons of carbon dioxide emissions a year, or between the levels produced by Jordan and Sri Lanka, a 2019 study in scientific journal Joule found.</p> <p>There are growing attempts in the cryptocurrency industry to mitigate the environmental harm of mining and the entrance of big corporations into the crypto market could boost incentives to produce “green bitcoin” using renewable energy.</p> <p>Some sustainability experts say that companies could buy carbon credits to compensate for the impact.</p> <p>And blockchain analysis firms say that it is possible in theory to track the source of bitcoin, raising the possibility that a premium could be charged for green bitcoin. Climate change policies by governments around the world might also help.</p> <p><span class="caps">ALTERNATIVE</span> <span class="caps">ENERGY</span></p> <p>Projects from Canada to Siberia are striving for ways to wean bitcoin mining away from fossil fuels, such as using hydropower, or at least to reduce its carbon footprint, and make the currency more palatable to mainstream investors.</p> <p>Some are attempting to repurpose the heat generated by the mining to serve agriculture, heating and other needs, while others are using power generated by flare gas – a by-product from oil extraction usually burned off – for crypto mining.</p> <p><span class="caps">CHINA</span> <span class="caps">CRISIS</span></p> <p>The dominance of Chinese miners and lack of motivation to swap cheap fossil fuels for more expensive renewables means there are few quick fixes to bitcoin’s emissions problem, some industry players and academics warn.</p> <p>Chinese miners account for about 70% of production, data from the University of Cambridge’s Centre for Alternative Finance shows. They tend to use renewable energy – mostly hydropower – during the rainy summer months, but fossil fuels – primarily coal – for the rest of the year. </p> <p/> <p> (Writing by Alexander Smith: editing by Carmel Crimmins)</p> </body></p>