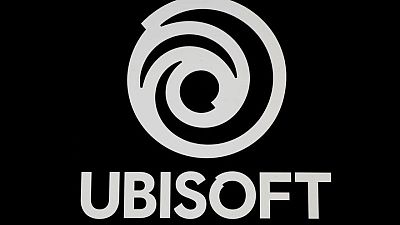 <p><body> <p>By Enrico Sciacovelli and Kate Entringer</p> <p>(Reuters) – French video games company Ubisoft warned operating profit might fall this financial year as the maker of “Assassin’s Creed” invests in new titles and laps a surge in gaming at the start of coronavirus lockdowns. </p> <p>However, the company said on Tuesday a strong back catalogue and new releases should help net bookings grow by a “single digit” percentage, after a 46% leap in the year ended March 31.</p> <p>The new releases will include some free-to-play games, the maker of “Prince of Persia” and “Rainbow Six” said.</p> <p>“It is now time to come up with high quality free-to-play games across all our biggest franchises, across all platforms but of course it will take time,” Chief Executive Yves Guillemot said on a call with analysts. </p> <p>Gaming companies saw a jump in demand last year as people were restricted to their homes to tackle the pandemic. Some are now suffering a pandemic hit as new titles are delayed.</p> <p>Ubisoft said its releases this fiscal year would include “Far Cry 6”, “Rainbow Six Quarantine” and “Riders Republic”, while “Skull and Bones” would now be released in 2022-23.</p> <p>It anticipates full-year operating income of 420-500 million euros ($511-$608 million), compared with 473.3 million euros in fiscal 2020-21.</p> <p>Jefferies said the mid-point of the guidance was about 6% below analysts’ consensus forecast, and first-quarter bookings guidance suggested no major releases then. </p> <p>Ubisoft forecast first-quarter net bookings of around 320 million euros, versus of 410 million a year earlier. </p> <p>Net bookings for fiscal 2020-21 totalled 2.2 billion euros, in line with the company’s target of 2.22-2.28 billion euros.</p> <p>($1 = 0.8217 euros)</p> <p/> <p> (Reporting by Kate Entringer and Enrico Sciacovelli in Gdansk. Editing by Mark Potter)</p> </body></p>