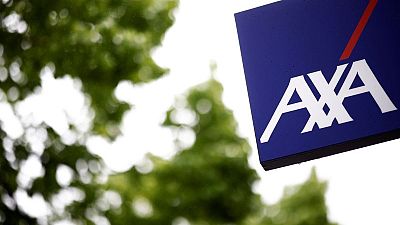 PARIS (Reuters) – Axa said it expects its solvency ratio to rise further in the second quarter as the French insurer confirmed on Tuesday its 2021 forecast for company-focused insurance unit XL, which was badly hit by the COVID-19 pandemic last year.

Europe’s second-biggest insurer after Germany’s Allianz said its solvency ratio, which measures capital strength under European Union risk-measurement rules, was 208% at the end of March, up by 8 points from the end of 2020.

“We expect our solvency ratio to keep rising in the second quarter”, Axa’s Chief Executive Etienne Bouas-Laurent told reporters after the insurer issued its results.

Axa also said that XL was on track to reach its 1.2 billion euro ($1.44 billion) underlying result target in 2021 after posting an 1.4 billion euro loss last year.

“The price increase is very strong”, Bouas-Laurent said when asked about XL’s performance.

Axa reported a 3% drop in revenue in the first quarter, with revenue down 4% in property and casualty insurance and 4% lower in life insurance and savings.

The insurer, which is still facing coronavirus-related disputes over business interruption claims in France, declined to say how much money it has set aside to cover judicial risks.

Bouas-Laurent said some provisions were part of the 1.5 billion euros Axa booked last year as claims for business interruption and event cancellations due to the pandemic.

Shares in Axa, which said last year it would keep streamlining its business by selling assets over the coming years in a bid to boost returns, have gained 21.43% since the start of 2021.