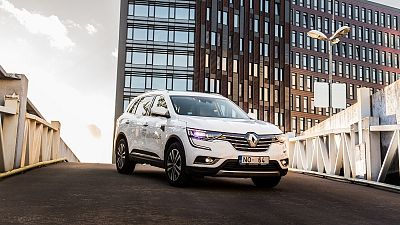 Renault has unveiled controversial plans to restrict the top speed of its new models to 180 kilometres per hour, following in the footsteps of Volvo in an effort to make roads safer.

That's still 50 kilometres per hour above the maximum speed limit on French motorways.

But by comparison, many German carmakers only cap the speed of their vehicles at 250 kilometres per hour, as the country is famous for having Autobahns without any speed limits.

On social media, some French users said Renault would likely turn off foreign buyers with its move. Others joked that they doubted Renault cars could go that fast in the first place.

New Renault and Dacia models will feature the 180 km/h speed cap from 2022, the company said. The plan was unveiled by CEO Luca de Meo on April 26 as part of the group's corporate social responsibility roadmap, where it laid out its plans to reduce its carbon footprint and improve road safety.

Renault is not the first carmaker to make such a move. Volvo introduced the same speed limit on all of its models last year.

Watch highlights of the interview with Graziella Jost** in the media player above.**