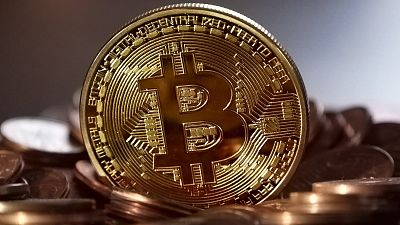 Gone are the days when the word Bitcoin would conjure images of illicit drug buying on dark web marketplaces — perceptions have shifted.

Homes have been put up for sale with a price tag in Bitcoin and with retailers implementing payment systems that allow Bitcoin transactions, DIY gear, fast food and coffees can all be bought with the digital currency in some parts of the world.

You'd now be hard-pressed to find someone who hasn't heard of Bitcoin, even if it might be more difficult to find a willing volunteer who can explain how the blockchain technology the cryptocurrency is built on works.

Here, Euronews looks at the key milestones in the currency's evolution, spoke to some of the people who have embraced it, as well as looking at some of the less desirable impacts of its popularity.

The cryptocurrency's creator, Satoshi Nakamoto, released Bitcoin's software in January 2009. After the publication, Bitcoin miners started the network by generating Bitcoin and confirming transactions for the first time.

To this day, no one knows if an individual or group is behind the alias. In a 2008 white paper, Nakamoto called Bitcoin "a peer-to-peer version of electronic cash" and set out its basic features such as transactions and privacy.

Bitcoin was designed on the principle that it could be used anonymously and securely, with transactions verified and recorded in a publicly distributed ledger called a blockchain.

2011 — Bitcoin taken up by darknet markets

The darknet market Silk Road, an online black market best known as a platform for selling illegal drugs, launched in 2011 with Bitcoin as a payment option. While the FBI shut Silk Road down in 2013, seizing its Bitcoin, other darknet markets took up the mantle using Bitcoin as a currency.

While Bitcoin's use on Silk Road was what made headlines, the same year, legitimate Bitcoin payments were also established. BitPay, a service provider offering payment processing for merchants, launched in May and had over 1,100 merchants signed up in a year.

How most kids felt about video games or sports, my pastime was Bitcoin.

Erik Finman is known in crypto circles for being the self-proclaimed youngest Bitcoin millionaire at age 18. In 2011, aged just 12-years-old, he invested $1,000 his grandmother gave to him in the cryptocurrency. At the time, one token would set you back around $12.

The Idaho native's entry into the Bitcoin universe came about because of a chance meeting at a protest. His older brother brought him to a demonstration against the arrest of activists who danced at the Jefferson Memorial, he explained.

"It was very much a footloose protest," he added. "Some guy had this orange 'B' that looked like a dollar sign on his shirt. Kind of half-joking I asked him what it was. And then you had a bunch of riot police and they told us all to leave. So, in the middle of running from the police, he was like: 'Oh, it's Bitcoin man, it's going to end Wall Street, bro.' And ran off."

After that, Finman said he and his older brother looked it up and became interested in alternative currencies. "I guess I was going through that rose-tinted-glasses, libertarian phase at the time — it kind of changed my views on the world. You know, when you're 12, that's crazy."

"How most kids felt about video games or sports, my pastime was Bitcoin," he told Euronews.

Now 21, Finman has grown his holdings in crypto money and built a multi-million dollar crypto company. He has also funded projects including the making of a real-life Dr Octopus suit, "which was very cool," as well as several other charity endeavours.

Has he noticed a change in perceptions of Bitcoin? "Now, it's getting a lot more establishment. I think a lot of that is to do with the cult around it. Not that it was too big to fail, but it had too fanatic a fanbase."

The Slovakian capital, Bratislava, was one of the earliest cities to see a Bitcoin ATM fitted after the first was installed in Vancouver, Canada, in October 2013. There are now more than 3.5 million across the world.

For many, 2017 was the year Bitcoin appeared on their radar. The tokens had reached an all-time high of $19,700 (€16,236) at the end of the year amid a media frenzy. Its soaring price also meant heightened institutional interest, with governments and investors taking notice and digital currencies to compete with Bitcoin being developed. Bitcoin's narrative was bolstered amid reports of money printing by central banks — one of the cryptocurrency's key features is that it is limited to exactly 21 million coins and not one more that than can be mined.

But then, Bitcoin prices plummeted through a series of crashes in 2018, dropping back down to $3,700 (€3,048) by the end of the year — marking one of the most pronounced examples of the digital currency's trademark unpredictable price swings.

We already surpassed the whole traditional financial banking system for more than three and a half years. And that's the game for us — how can we show the world we already live in the future?

For the Bitcoin Family, 2018 was a year they had to ride out. Originally from the Netherlands, in the summer of 2017, they sold nearly all of their possessions and invested them in Bitcoin, with the goal of becoming "digital nomads", living a minimalistic lifestyle, powered by the digital currency.

"You can't look into the future. We live very simply, we live day-by-day," explained Didi Taihuttu, the Father of the Bitcoin Family.

"In 2018 we said to ourselves: 'We will take this year, we will go to live on campsites, live in nature, live in beautiful Asian countries, and we will see it as an adventure. How can we save as many Bitcoins as possible but still enjoy life?' A camper van in Portugal by the sea, sleeping for free, showering at the beach; all things kids never did before. And then the kids are like: 'Oh, yeah, that's an adventure. It's not our parents who are depressed because Bitcoin is going down.'"

And that's what the family did. After coming through 2018, they have been travelling and living the nomadic lifestyle they hoped the cryptocurrency would afford them for over three and a half years. "In 2018, life cost us one Bitcoin per month. Now, in 2020, one Bitcoin buys us a year," Taihuttu said.

He and his wife took their three daughters off in search of freedom and "not being part of the system anymore". For the first six months of their Bitcoin-powered travels, they kept their traditional bank accounts but for the last few years, they got rid of them and have only used cryptocurrency and crypto solutions. Before they got their first crypto debit card two years ago, they bought online Bitcoin coupons and exchanged them for groceries or McDonald's coupons, booking everything from flights and hotels online with Bitcoin.

"Of course, it's a little bit of a gamble," Taihuttu said. "But on the other side, it's only a gamble if you're not prepared to lose and for us, at that point in life, we clearly realised that money didn't have any value to us anymore. We were prepared to lose everything, all the money, all the luxury, because we didn't care about that anymore."

What does the future hold for the Bitcoin Family? "That's a very hard question. For me, I have traveller blood that wants to explore the whole world but we have already switched from very fast travelling to slow travelling. We stay in every country for a minimum of four or five months to really explore the country and to get to know the people, the culture."

Aside from continuing the charity work they have been involved in for several years, Taihuttu says the family is looking into creating some "digital nomad coworking living places" in Portugal and Thailand so his children and wife can have "social bases".

Last year was an eventful year in the Bitcoin universe. The online currency experienced a "flash crash" in March amid a global economic slowdown caused by the coronavirus pandemic but started a vertical climb that accelerated in early October.

At the start of 2020, Bitcoin was still considered a fringe investment, but by the end of the year, it had nearly quadrupled in value and reached an all-time high above $28,000 (€23,072), seeing it a firm fixture in the conversations of investors big and small.

Microsoft was one of the early Big Tech adopters and began accepting the currency as a form of payment for digital items in December 2014. But it was online juggernaut PayPal's announcement that it would be allowing its customers to buy and sell Bitcoin in October last year that signalled the crypto money had been accepted into mainstream culture.

Fast forward to February 2021 and Bitcoin nearly reached the record high of $50,000 (€41,529) thanks in no small part to Tesla announcing it had bought $1.5 billion worth of the virtual money. Later the same month, it did hit record levels.

But is a digital gold rush in a decentralised currency managed by its users too good to be true? Well, environmentalists are calling attention to the less-publicised side of Bitcoin — its energy consumption. The computational power demanded by the cryptocurrency for mining and validating transactions is immense. A recent analysis by Cambridge University put the energy consumption into perspective by saying Bitcoin uses more electricity annually than the whole of Argentina.

Critics have hit out at Tesla, which pegs itself as "accelerating the world's transition to sustainable energy with electric cars, solar and integrated renewable energy solutions for homes and businesses", for choosing to invest in the tokens, saying it goes against its pro-environment message.

While many sing the praises of Bitcoin, as well as reaping its benefits, its increased profile and the attention that comes with that have seen its ethics called into question. Whatever the fate of the digital currency, devotees will "HODL" — slang in the community for holding the cryptocurrency rather than selling it— believing no matter what the crash, Bitcoin will rise again.

Cost of a single Bitcoin exceeds $60k for first time ever