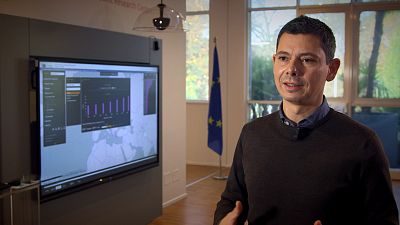 Studies carried out by scientists at the Joint Research Centre in Ispra, Italy, explained to Euronews for this week's episode of Futuris, how big data can help build better social and integration programs for migrants.

Their models also reveal the existence of a gap between public perception of migration and the reality of it, as Michele Vespe, a data scientist as the Joint Research Centre, explained to Euronews.

"Data helps us to understand and better describe some phenomena that are perceived in a completely opposite way.

"One of these is, for example, the ratio between the number of migrants and the population at a national level. It’s perceived as more than three times the real figure, which is around 7% for Italy, for example.

"Another example is the perception of one of the major causes of concern for European citizens. Before the Covid crisis, terrorism was leading, followed by migration. Now probably something has changed, but there is still a perception of a problem that is very very high, compared to what the data actually tells us, in comparison to the population at a national or European level," he added.