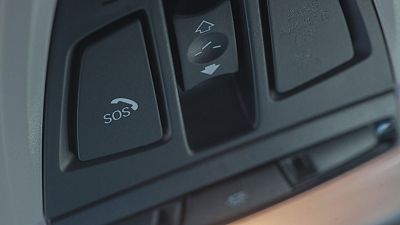 On average around 25,000 people die on Europeʼs roads each year. In addition to those fatalities, many more road traffic accident victims sustain life-changing injuries. A new EU-wide emergency system, named eCall, aims to cut those numbers.

Using Europe's Galileo and EGNOS satellite services, the technology significantly reduces the time it takes rescue crews to get to the scene of accidents, particularly in the countryside. For instance, it is estimated that eCall could speed up emergency response times by as much as 50 percent in rural areas.

"It's a new safety component of the vehicle that is automatically activated in case of an accident providing precise location for Galileo to the 112 emergency services."

Since April last year, all new car types sold in the EU come with eCall. When a serious accident occurs a car's eCall device is automatically triggered by in-vehicle sensors giving the vehicle's precise location via satellite. The driver can also call for help by pushing a button.

The quicker response should save lives, money and considerably reduce the severity of injuries.

"Hundreds of lives, but also thousands of severe injuries will be reduced and more than 25 billion euros per year saved," says Fernández-Wyttenbach.

In addition to saving lives, the technology is generating business opportunities for European firms. NavCert is an SME based in Munich. Thanks to EU research funding it tests and certifies the system and its components.

"Ecall for us is really important. About 50 percent of all our revenues are related to eCall. We are a German based company, but clients we have with eCall, are in China, Japan, Korea, really worldwide."

"NavCert core competence always is related to navigation and positioning. The next big thing today is automated driving and automated driving is exactly to know where the vehicle is, and that's exactly how we support the automotive industry today," says Grzebellus.

Fernández-Wyttenbach says the increasing use of global navigation systems in various technology will change everyday life and create business opportunities.

"It {global navigation} was traditionally used in transportation, such as in aviation and maritime, but now with drones, with new autonomous systems, with new consumer electronics, they will all get the benefit of precise location."