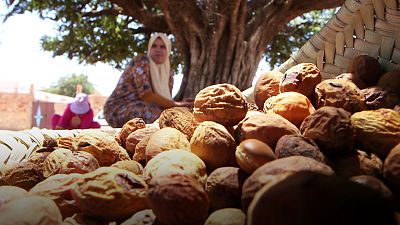 In Morocco’s southern mountains gold grows on the region’s argan trees. Vitamin-rich Argan oil is known for its benefits in nourishing the skin and is a precious ingredient in some cosmetics – and it’s also one of the most expensive vegetable oils in the world.

But between July and October, when it’s harvest time, thousands of Moroccan women can find work in argan cooperatives, many of which are based in the coastal city of Agadir.

“Working in argan has an important economic function, it is how they earn a living. It represents almost 80 percent of women’s and families’ incomes in rural areas,” said Fatima Imehri, the director of the Argan Cooperative.

Morocco produces 4000 tonnes of argan oil every year – a third of which is exported, mostly for large global beauty brands in Europe.

The Industrial Acceleration Plan in Morocco aims to increase the annual production to 10,000 tonnes by 2020 thanks to 800,000 hectares of argan forests.

In the bustling trading city of Marrakesh traditional know-how in cosmetics is not limited to argan oil.
As in many African countries, local plants form the basis of a whole host of treatments and products.
And as Pharmacist Khalid Bitar who is the General Director of Ircos Laboratoires explained, there are thousands of other plants in Morocco used to form the basis of new cosmetic products.
“Among the sought-after Moroccan plants is the damask rose: its oil is extracted via distillation, and used in many compositions in cosmetics and perfumery,” he told Euronews. 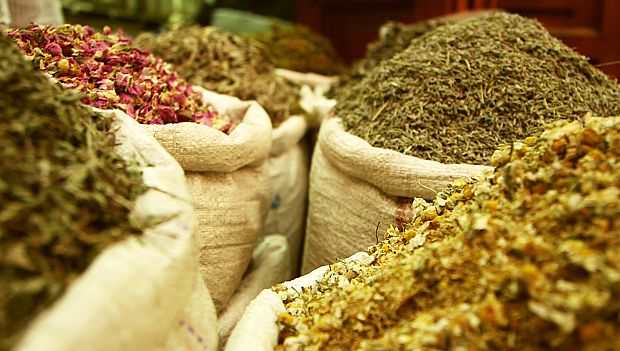 But despite the increasing interest in aromatic and medicinal plants from local laboratories, there are still big challenges ahead for the Moroccan cosmetics industry. Like many African states, it needs to diversify its economy, moving on from simply exporting cash crops to producing products made from those crops and exporting them to global markets.

“Morocco has 4200 species of aromatic plants but they are exported in the raw state: There is no real valorization of the products coming out of our national soil,” Bitar said.

In the middle of the Atlas Mountains, ghassoul, a unique stone favoured by local women for generations as a beauty treatment, is mined. And the head of a cosmetics company has developed a new technique to use its mineral composition in moisturisers. 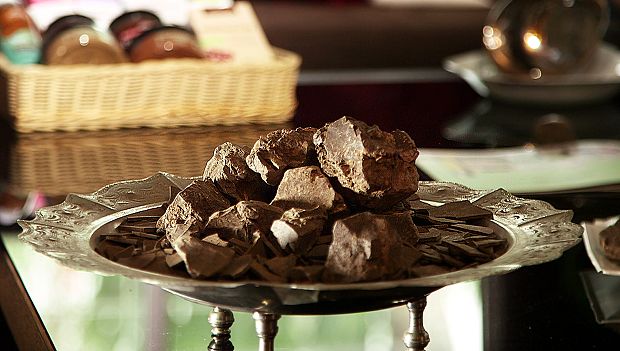 “It is a saponiferous rock that allows for the formation of foam. So we developed a process after scientific research which allows us to extract this foam and to formulate different products suited to different skin and hair types,” Zhor Hnid, the CEO of Atlascare beauty said.

But how do Moroccan cosmetics fare in the US market?

Participating for the first time in one of the largest cosmetics trade fairs is an ideal opportunity for Morocco to showcase its cosmetics in such a competitive market.

“The most difficult part is to invest in marketing, there is high competition, we need to make the reason why they should come and buy Moroccan products,” Salah Ben Youssef, Botanika’s marketing manager said.

But in the world’s largest cosmetics market, great products are not enough. Networking is key to meeting new partners interested in products from North America and that is partly being taken on by branding agency ADKOA.

Its CEO explained why he feels it’s worth promoting Moroccan cosmetics.

“I think that the ingredients they have in the Moroccan culture is richer and a fine quality, because of the rich heritage that is coming from different cultures and this is coming from one place. I think that creates a very culturally relevant line of products that I’ve never seen before, so I thought that it is really interesting people to start to do business with,” Benjamin Cruz, the CEO for branding agency ADKOA, said.