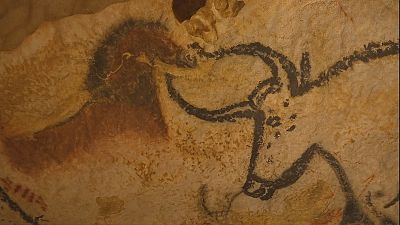 Visitors will soon be able to discover a brand new reproduction of the famous prehistoric Lascaux cave, complete with the feel, smell and humidity of the Paleolithic era. Work on a life-size replica is nearly complete and scheduled to open in December.

Located in Dordogne in southern France, the Lascaux cave is one of the most important archaeological finds of the 20th century. Discovered in 1940, the original cave was closed to the public after it emerged the paintings were being damaged by the carbon dioxide and humidity produced by visitors. A facsimile was opened nearby in the early Eighties but doesn’t contain all of the paintings.

Recreated thanks to ultra high technology, this new replica will offer immersive Virtual Reality and video projections. Another attraction will be the 3D Cinema. A French animation studio is bringing the final touches to a film that will reveal all about the flora and fauna that inhabited the Earth during the Ice Age.

“A scientific committee supervised our work. We corrected every detail with the experts. So it actually really reflects what the landscape looked like at the time,” says Mehdi Alavi, director of animation studio Pilule & Pigeon.

Equipped with 3D glasses, visitors will also get a true virtual reality experience as they wander through the cave

Finally, the exhibition will show a part of the cave that has never been reproduced at such a scale before, the mysterious ‘Bird Man’ scene, a triptych of a bison, a man and a bird’s head, and the only human figure found on the walls of Lascaux, drawn almost 20.000 years ago.