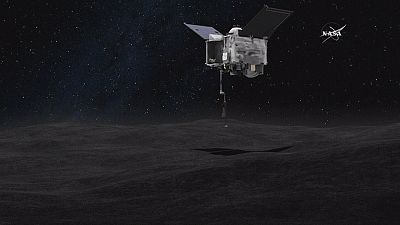 NASA is counting down to their OSIRIS-REx mission (Origins, Spectral Interpretation, Resource Identification, Security-Regolith Explorer), aimed at bringing samples back from a near-Earth asteroid.

We're going out into the unknown. We're bringing back scientific treasure

The launch is scheduled for September 8th, at Cape Canaveral, in Florida. The space probe will reach the Bennu asteroid in 2018.

Animators show how the OSIRIS-REx asteroid sample capsule will return to Earth in 2023. https://t.co/QQVDkXuw1Gpic.twitter.com/MCrCcZtwD9

The 2,109 kg – OSIRIS-REx space probe will bring back at least 60 grams worth of samples from the asteroid. That is the largest amount since the Apollo missions of the 60s and 70s.

“One of the amazing things about OSIRIS-REx is it actually addresses all of the scientific goals that the planetary science has at NASA.
We’re going to go down to the surface. We don’t technically land on Bennu but we make contact with it for about five seconds, get a sample and put it back in the spacecraft. And we could try up to three times before ultimately delivering it back to earth where we’ll receive it on September 24th, 2023”

The five year odyssey will explore new scientific frontiers. Scientists hope to get clues on how planets formed, how life began, and to improve our understanding of asteroids that could hit Earth.

Dante Lauretta, the Principal Investigator on the project explained the significance of what they hope to find:

“I’m really hopeful that we’ll get some unique material that isn’t in our collections because, probably friable, not easily surviving atmospheric passage and that’s one of the reasons we’re going to protect it in our sample return capsule. So it really is a great adventure. We’re going out into the unknown. We’re bringing back scientific treasure”

OSIRIS-REx will orbit the asteroid for around two years, mapping it to locate the most promising sample sites before moving to its surface in June 2020.

Three years later, the sample will be returned to Earth via a detachable capsule, destined to parachute into the Utah desert.