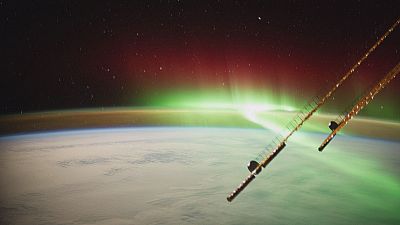 All things considered 2014 was was an extraordinary year for the European Space Agency, most notably with its success in landing a probe on a comet. Now the agency is training new astronauts to go into space and is planning a range of other ambitious missions. So what does the future hold?

It is no secret that the space business requires long-term planning. Decisions taken at the ESA ministerial meeting in Luxembourg in early December 2014 will have an impact on what happens in the space sector over the next 10, 20, 30, or even 50 years.

Fresh from the success of the Rosetta mission (in which probe Philae landed on a comet) ministers from ESA’s 20 members met to talk rockets, missions and hard cash.

“One of the themes today is to balance the different contributions of the different countries, especially, France, Italy and Germany,” said Stefania Giannini, Italian Minister for Education ahead of the outcome of the talks.

Much of the horse-trading happened before the meeting, with the detail of ESA’s 3.3 billion euro annual budget discussed and defined.

Then in Luxembourg the final details were hammered out. Success at these kinds of meetings can often be about making the right kind of contact, according to the UK’s space minister Greg Clark: “The stakes are pretty high, and there really is no substitute for eyeballing people, getting to know them, and establishing an agreement that way.”

On the launch pad
A lot of the talk was about launchers. After all, if you want access to space, you need a rocket. Europe’s market leading Ariane 5 is now seen as expensive, and likely to lose market share to America’s cheaper new competitor Space X.

“The main good news for Europe is that we decided to launch Ariane 6
, which should have its first flight in 2020. A new rocket, a competitive launcher, modular, which won’t need public money to support it in operation,” said Geneviève Fioraso, French Minister for Higher Education and Research

The new Ariane 6 comes in two versions, with either two or four boosters depending on what you are launching, and with a price per launch ranging from 70 to 115 million euros – much less than the 160 million it costs to launch Ariane 5.

Brigitte Zypries, German minister for aviation and space explains its advantages: “It gives us more flexibility and makes us more competitive, because we Europeans want to keep our own access to space and are in competition with US, China, Russia, Indians, there’s a big spectrum of competitors, but we want to stay in the game and say that we build a good launcher that brings satellites to space.”

Mission to Mars
So where is ESA going in space? Well, Mars is a top destination. The ExoMars mission
, led by Italy and the UK, will launch an orbiter and small probe in 2016 and then the large ExoMars rover will land in 2018.

In Luxembourg ESA secured the 160 million euros it needs for the project, the first to look for evidence of life on Mars.

Alice Bunn, Director of Policy at the British Space Agency says it will help find answers to the long-standing question of whether there was ever life on the Red Planet: “The uniqueness of ExoMars is that it will be able to drill down and look for historic signs of life on Mars. And we haven’t had that before. You know every time we have on of these mission it’s a new thing, following on the tails of Rosetta. And that’s the exciting thing about these scientific missions – you don’t know what you’re going to find”.

Roberto Battiston President, Italian Space Agency ASI adds:
“In a certain sense it’s the logical continuation of Philae on the comet. We think that it’s very interesting to go to see what is under the Martian surface, because the analysis that has been done on the surface shows that there is no life on Mars, and it’s obvious because radiation and cosmic rays have surely destroyed any form of life over the millions of years. On the other hand it’s possible that something has been saved deep down.”

Manned and unmanned spaceflight
The future for mankind’s own presence in space is less clear. Europe sends two new astronauts to space next year, but the ISS itself will probably be decommissioned at the end of the 2020s if it does not get more support. For now, though, it’s a useful research tool, as Johann-Dietrich Wörner, President of the German Space Agency DLR explains: “For us the ISS is the perfect infrastructure for research in the low Earth orbit. And we need that for human physiology, we need it for biology and we need it also for materials science, and now also for Earth observation and basic science like, for instance, anti-matter and all these questions.”

While astronauts have an important role in exploration, many in Europe show strong support for robotic missions like Rosetta.

“These days what impresses me the most is what robots can do. We go just about everywhere with robots, so the capacity of robots means we can do things faster, better and a lot cheaper than manned exploration,” says Jean-Yves Le Gall, President, France Space Agency CNES

The science missions are something all ESA members have to fund, but most governments buy-in to space because it is good business. Not only does it create jobs, but also services we now consider essential, such as satellite television, navigation and Earth observation.

“Beyond the dream that space offers to everyone there are the real tangible things of scientific research in this sector that are fundamental for the future development of our countries as well,” says Italian space minister Stefania Giannini.

It is also good for international relations, according to Geneviève Fioraso, French Minister for Higher Education and Research:
“It’s good for the economy, but it’s also good for the feeling of belonging. The Earthlings are working together, and I think that these days having projects that create solidarity and fraternity raises the level of debate.”

The decisions on how to finance and manage space in Europe are taken based on hard economic arguments, but the results can offer more than financial rewards.