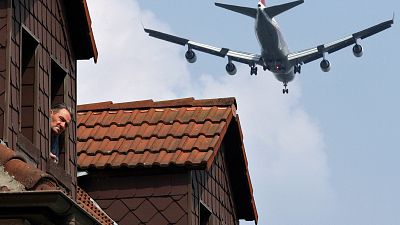 The Dutch government this week made a historic announcement that the number of flights arriving at Schiphol airport will be capped to bring down pollution.

Schiphol, which is the third largest airport in Europe after London Heathrow and Charles de Gaulle in Paris, will be limited to 440,000 flights a year from 2023.

This represents an 11 per cent reduction from the pre-pandemic numbers in 2019 for the central European travel hub, and is a first in terms of putting climate before economic growth.

The Dutch government, which is a majority stakeholder in Schiphol, says the change will bring down both noise and nitrogen oxide pollution (NOx).

By limiting air traffic at one of Europe’s major airports the Dutch government is taking a major step to tackle one of the most polluting sectors.

Who is against the Schiphol flight cuts?

The announcement received backlash from industry leaders who spoke out against flight number reductions, despite being broadly committed to sustainability goals.

The European aviation association ACI Europe criticised the move for damaging an economic hub in the region.

ACI Europe says it is committed to netzero by 2050 and actively encourages airports to assess the emissions of their commercial partners, including aircrafts, as part of their Airport Carbon Accreditation scheme.

“Amsterdam Schiphol makes the Netherlands bigger than it is. The decision of the government to significantly reduce the capacity of the airport will make the Netherlands smaller,” says Olivier Jankovec, ACI Europe director general, in reference to the airport's role in the regional economy.

In an earlier statement on working alongside law-makers to achieve sustainable air travel, ACI Europe President Javier Marin criticised pushes to reduce regional flights and warned against governments caving in to ‘climate populism’.

Other criticisms came from the International Air Transport Association (IATA) who spoke out against the government’s move.

“Schiphol has been struggling to cope with demand, which shows how important the airport is,” says Willie Walsh, director general of IATA, in reference to the staff shortages which are plaguing European airports including Schiphol.

“This crazy decision to cut the airport off at its knees will achieve none of the stated environmental aims, but it will cause irreparable harm to jobs and prosperity. The government should reverse course,” Walsh adds.

Walsh previously praised the air industry's move to be netzero by 2050 saying it “gives us a seat at the table with governments and regulators.”

IATA is committed to using carbon offsetting and developing sustainable aviation fuel (SAF) to clean up the air travel sector, though apparently are not in favour of reducing flight numbers to further achieve this goal.

The move was hailed however by environmental charity Greenpeace who have been campaigning to reduce flights at Schiphol for years.