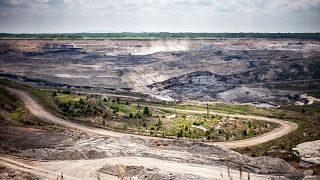 Russia's energy ministry believes Western sanctions over Ukraine could prevent the country from achieving plans to cut carbon emissions by 2050.

The ministry has developed a plan to support Russia's vast energy sector amid the sanctions, including tax cuts and the possibility of dropping dividends, according to the national Kommersant newspaper.

Does Russia have a legitimate plan to tackle the climate crisis?

Last year, Russia approved a strategy to reduce carbon emissions that aimed at cutting net greenhouse gas emissions to 80 per cent of 1990 levels and 60 per cent of 2019 levels by 2050.

The Kommersant report said that as part of the plan, state-owned power companies would be allowed to not pay dividends, but instead use their 2021 income for investments.

A projected doubling in the level of negative emissions from the land use and forestry sector between 2030 and 2050 is the primary method by which Russia aims to reach net zero emissions.

However, Russia's Energy Strategy until 2035, adopted in 2021, focuses almost exclusively on promoting fossil fuel extraction, consumption, and export to the rest of the world.

In February, Russian Energy Minister Nikolai Shulginov confirmed in an interview that fossil fuel production was still key in Russia.

"We have new projects, Vostok Oil, for example," he told Energy Intelligence. "We think about an increase in production and exploration. Our 2035 program for the development of the oil industry stipulates the growth and subsequent stabilisation of production."

According to Climate Action Tracker (CAT), such a strong focus on increasing reliance on fossil fuel revenues poses a considerable economic risk in a future Paris Agreement-compatible world.

Russia’s lack of any substantial contribution to international climate finance goals, together with its highly insufficient domestic target and climate policies result in the CAT giving it an overall rating of “Critically Insufficient”.