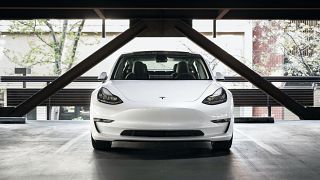 I’ve been driving for over a decade, across multiple countries and continents, in a variety of different cars.

Like 55 per cent of my age group (under 30s), I also own a car. My first car age 17 was a pale pink 1996 Ford Fiesta Ghia, then I had a Ford KA, and for the last two years I’ve been driving a much more sensible Mitsubishi Outlander.

My Outlander is a PHEV - a plug-in hybrid electric vehicle - meaning I can charge it with an external power source, as well as running it on petrol. This means I’m very used to grappling with different types of plugs and navigating chargers in car parks or service stations.

I assumed, when I was given the opportunity to borrow three fully electric cars for a month each, it would be an easy and fun review to write up - and a chance to drive some nice cars.

Turns out, even for someone familiar with charging points, electric cars are an enormous lifestyle shift.

So if you’re looking to ditch your gas guzzler and make the jump to an EV - maybe for climate reasons, perhaps because of the rising cost of petrol - I would strongly suggest you borrow one first.

Here’s how that went for me.

What is an electric car subscription?

I borrowed three cars through Onto, a company that offers an “all-inclusive electric car subscription.” This means everything, from insurance and breakdown cover to servicing and charge costs, is included in the monthly bill.

The cars were dropped off to and collected from my house every time, so there was no faffing trying to find the depot on public transport.

Unlike a normal lease, Onto works on a rolling subscription basis just like Netflix. You pay monthly and can cancel whenever you like.

According to the company, the majority of customers are aged between 25 and 45, an age-group “less interested in purchasing new cars” but who are “very used to subscriptions.” To my surprise, most users keep their subscription for a mid-to-long-term basis - seeing it as an alternative to car ownership, rather than a rental service.

However, as electric cars boom in popularity against the backdrop of the climate crisis and fuel-price rises, I’d argue that everyone who wants to swap to an electric vehicle should try something like this first - before fully committing to an EV.

Why everyone should borrow an electric car before buying one

When I moved from driving a small hatchback to a large 4x4, it was an adjustment. Parking was a little trickier, my stopping distance changed significantly, and the car handled very differently.

After a week or so, however, everything felt normal and in reality, very little had actually changed.

But swapping to an electric car is far more of a leap than you may realise. For starters - where do you charge it?

I have a chargepoint on my driveway, which I already use for my hybrid. We paid around €500 for it to be installed, and every few days we plug in the car. Pretty straightforward, all in all.

But this is the only house I’ve lived in as an adult with a driveway. My last three properties all had on-street parking - sometimes a road away when things were busy. That means charging is effectively impossible from home, and you have to rely on chargepoints.

Fortunately, there’s a growing network of these all over Europe. Most multistorey car-parks have a handful, some supermarkets have a collection of charging bays, and the majority of service stations have chargepoints too.

Charging isn’t as quick or simple as filling a tank with petrol though. We’re talking hours to reach full battery on a normal charger, and still the best part of an hour when using a Supercharger (which are less common).

The Renault Zoe, for example, has a real-world range of 305km. We regularly drive to my in-laws’ home, 340km away so recharging the car on this journey would be essential. But this suddenly turns a 3hr 30 journey into at least a 5hr trip - a large portion of which would inevitably be spent at one of Britain’s many soulless service stations.

The ID3 and the standard Model 3 both have a range of 346km, which theoretically would get me to my in-laws. But if there’s any traffic, or the car is slightly more heavily loaded, or we have to take a detour - I’d run out of charge before arriving.

This may sound incredibly basic and obvious - and it is! But I’ve had so many conversations with people who have swapped to electric cars without considering these issues, and then run into trouble while trying to drive further than 100km or so.

How you use your car fundamentally changes when you move to a fully electric vehicle. You have to plan routes differently, consider where has the right kind of charging point - and find a back-up in case it’s full or out of order, and constantly be aware of your range.

Before buying an electric vehicle and ditching your current car, it seems vital that you figure out how an EV will change your life and whether it’s the right move for you.

Along with the lifestyle change that comes from swapping to an electric car, it’s important to also work out which model suits you best.

The Renault Zoe is nice, easy to drive, and all-in-all feels like any budget car I’ve driven. It was small and compact, so works well as a city car - probably what it is most suited to, given its more limited range.

Whereas the Volkswagen ID3 came as a real shock. It handles beautifully, has a lovely interface and is easy to use - but the advanced driver-assistance system (ADAS) is where it really came into its own.

The ID3 has adaptive cruise control, which effectively detects the traffic around you and automatically brakes or accelerates safely. The car also detects speed limit signs - even temporary ones - and adjusts accordingly.

This technology isn’t unique to electric vehicles, but these are the models most big car companies are now focusing their efforts on - meaning they are often at the forefront of advances.

The biggest disappointment, to both me and my husband, was the Tesla Model 3. Undoubtedly the car we were the most excited to drive (and have not-so-secretly been coveting for years), it felt unsafe and uncomfortable.

If we’d done an initial test drive at a dealership, we likely wouldn’t have felt this way, as the problems only emerged after a week or so of having it.

By borrowing these cars, each for an extended period, we were able to fully see how each model would (or would not) fit into our lives and suit our needs. Our next car will be fully electric, and it’s likely we’d opt for something like the ID3 - something neither of us would have expected before this review.

What our experience showed was that it is vital people realise what a fundamental shift it is to drive an electric car over a petrol or a diesel one.

As more people turn to EVs to avoid rising petrol prices or do their bit for the planet, I’d strongly suggest putting some to the test before you make a decision.