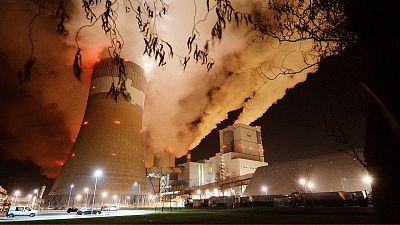 Poland's plans for a new generation of gas-fired power plants would make it impossible for it to meet net zero emissions by 2050, according to a new report.

The eastern European country is mainly reliant on coal. So plans to more than double its existing gas-fired power generation capacity to over 8 gigawatts (GW) by 2030 are viewed as a transition before switching to nuclear and renewables.

Carbon Tracker analysed the financial viability of five planned gas plants with a combined capacity of 3.7 GW due to begin operation between 2023 and 2027, which would increase Poland's current gas-fired facilities significantly.

It calculated the levelised cost of energy - the average cost of each unit of energy generated over the lifetime of each plant – for new renewables and for the five gas projects.

Plans to more than double its existing gas-fired power generation capacity are viewed as a transition before switching to nuclear and renewables.

The report said that all five projects will be more costly investments than either new onshore wind, offshore wind or solar farms.

If the gas plants run for a 30-year lifespan it would be impossible for Poland to reach an EU-wide goal of net zero emissions by 2050. To meet that goal, they would have to close after an average seven years, costing developers more than $200 million (€174.8m), the report said.

Poland has stated that it supports the EU's ambitious climate targets but reaching them should be "safe for society and beneficial for the economy".

"With wholesale gas market prices having reached record highs over the past 12 months and rising political tensions in Europe increasing the threat that supplies could be weaponised or placed under international sanctions, now is not the time for nations to be increasing their dependence on gas," said Jonathan Sims and Lorenzo Sani, power and utilities analysts at Carbon Tracker.

Climate activists in gondolas protest in Venice to stop it sinking