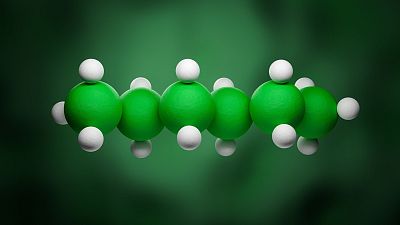 The cost of producing green hydrogen, the renewable fuel put forward to decarbonise the global economy, may be far more expensive than initially hoped.

New research from Norwegian energy researcher Rystad Energy argues that for green hydrogen projects to be feasible, a new water desalination industry would have to be created.

Green hydrogen projects are picking up pace around the world, with plans to generate 206 gigawatts (GW) of hydrogen-based power by 2040. That’s enough power to boil around 100 million kettles.

Producing that power however, will require a huge amount of purified water.

Green hydrogen is made by using renewable energy to split the atoms of water molecules into hydrogen and oxygen. 620 million cubic meters is needed to meet the expected green hydrogen production goals by 2040.

That amount of water will have to be sourced from the world’s oceans, which means a mass desalination project will have to take place to purify all that salty sea water.

Desalination is a power-hungry and expensive process.

Desalination is a power-hungry and expensive process. Analyst, Advisian, estimate the process will cost between €0.60-2.73 per cubic metre of purified water, depending on the location and size of the power plant.

Bringing green hydrogen to water-stressed parts of the world

Rystad estimates up to 85 per cent of the water needed for green hydrogen will have to be desalinated because the projects will take place in “water-stressed” areas.

“Using water to produce clean hydrogen will be a key factor for the energy transition, but most of the world’s planned green hydrogen projects are to be located in water-stressed regions,” says Minh Khoi Le, renewable energy analyst at Rystad Energy.

“This creates a need for growth in the desalination market, and for more renewable energy to power it, adding more costs for developers – but also opportunities for suppliers.”

Bringing power to areas of the planet with high water-stress levels will be crucial to fully decarbonise the global economy. So the rising costs of desalination are a big concern for green hydrogen projects.

“This potentially implies a demand of 125.7 million cubic metres of water annually for desalination by 2040.”

If green hydrogen is too costly, then the energy source blue hydrogen may be a solution.

Blue hydrogen is extracted from fossil fuel gas and any greenhouse gas emissions are captured and stored underground. Although it is not as clean, producing the fuel this way is cheaper.

Euronews discussed the UK’s plans to combine production of green and blue hydrogen for its sustainability goals.

At the time, Greenpeace UK chief scientist Dr Doug Parr was concerned with that approach due to blue hydrogen’s continued reliance on fossil fuels.

“Producing large quantities of hydrogen from fossil gas locks us into costly infrastructure that is expensive, and according to a study published last week, may be higher carbon than just burning the gas.”

But yet-to-be-peer-reviewed research suggests that blue hydrogen may not be as damaging to the environment as first thought.

“If methane emissions from natural gas supply are low and CO2 capture rates high, blue hydrogen is comparable with green hydrogen in terms of its impacts on climate change,” say a collection of climate scientists from the UK, the US, Canada, Switzerland, Germany, Italy and the Netherlands.

The key to reducing the impact of blue hydrogen on the planet, so that it becomes as sustainable as green, is twofold.

First, methane emissions across the entire supply chain must be minimised. And second, methane reforming technology that also has a high level of CO2 capture must be used. Only then will blue hydrogen be a viable solution.

_Watch the full interview with Jess Ralston, analyst from the Energy and Climate Intelligence Unit, in the video player above. _