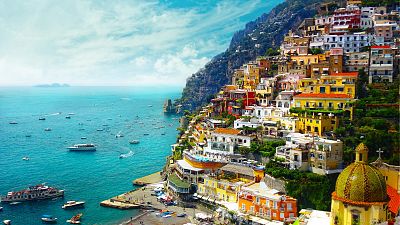 While homeowners in the UK were considering a government offer of £5,000 (€5927) towards a heat pump last week, residents in Italy have been enjoying a much more rewarding scheme.

The Italian government is offering to pay back each homeowner 110 per cent of building costs to convert their existing home into an eco-friendly residence.

Dubbed the ‘Superbonus’, the scheme was introduced in November 2020 to help Italians - and non-Italian homeowners -improve the energy efficiency of their homes and lower their seismic risk (the risk of damage due to earthquakes).

The initiative has a maximum cap of €100,000 per home and is offset against taxes for the next five years. Take-up for the scheme has been huge, with the overall project due to cost the government €9 billion in 2021 alone.

Why did the Italian government introduce this ‘superbonus’?

Italy’s government introduced the scheme, as it didn’t believe residents would adapt their homes without it. Ministers thought that if a part-payment initiative was introduced, take-up would be low and change would never happen on the scale required.

Especially as much of Italy’s housing stock was built before the 20th century and needs a lot of work in order to bring it up to modern, eco-friendly standards.

The government is also using the ‘superbonus’ as a stimulus initiative to help Italy’s post-COVID economy.

The government is also using the ‘superbonus’ as a stimulus initiative to help Italy’s post-COVID economy. The package is driving unprecedented demand for builders and materials and is starting to push up construction prices in the country.

What can the bonus be used for?

The bonus can be used to add energy efficient heating systems, insulation and air conditioning into a home

The bonus can be used to add energy efficient heating systems, insulation and air conditioning into a home - and can be put towards work that limits the effects of earthquakes and seismic activity.

It can also be put towards new doors, windows and a charging point for an electric car.

Homeowners must pay for the work upfront and will then be reimbursed through their taxes over the following year.

How long is the scheme going to last?

Initially launched in May 2020, the initiative was set to run until December 2021.

Due to building delays, spurred on by the popularity of the scheme, it is now being extended until the end of 2023, though the bonus may fall to as little as 50 per cent of the cost by then.