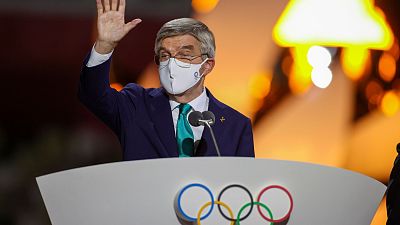 The climate crisis has become an increasingly heated topic of conversation in recent years. When it came to planning the 2021 Olympic Games, it was critical that the committees involved met public demand for an event which prioritised sustainability.

The concept of this year’s Games is “Be better, together, For the planet and the people.”

And this doesn’t stop at sports. In their plan, the Olympics committee has set out measures that take into account society, the economy and the environment. These goals lay a foundation for the future of the Games.

Here are some of the ways this is being implemented.

The Olympic torch was created out of recycled waste.

Standing at 71-centimetres, the rose-gold Olympic torches at this year’s Games were partly made out of recycled aluminium from the temporary housing used in the aftermath of the Great East Japan Earthquake and Tsunami in 2011.

Worldwide sports brand Nike were on board with this year's plan and created sustainable kits.

For example, the skateboarding jerseys were made from recycled water bottles among other plastics.

All 98 of the winner’s podiums at this year's Games are made from discarded household plastics.

These plastics were all gathered from the Japanese public. That’s equivalent of 400,000 bottles of laundry detergent.

The organising committee of this year’s Games was the first to include its citizens in the production of medals. All of the mobile phones used were donated by the Japanese public.

The beds at this year’s Games are made from recycled cardboard.

The athletes’ beds were made by Japanese bedding company Airweave. The mattresses used were made from polyethylene fibres, which can be recycled an unlimited number of times.

Athletes in Tokyo 2020 are being transported in autonomous and electric e-Palette vehicles.

The vehicles from Japanese car company Toyota move without generating emissions. They also include modifications that ensure comfortable and fuss free transport.

The structure of the incredible Plaza was built using 40,000 pieces of Japanese wood which was governments across the area.

When the Games are over, the building will be dismantled, with all wood returned to the donors.