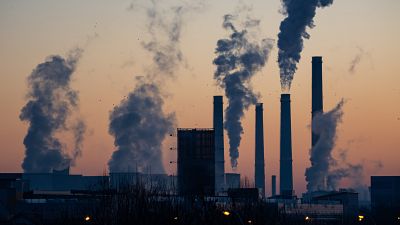 The findings were produced by Professor Don Grant and his colleagues at the University of Colorado Boulder as part of a book about power plants which have the highest carbon emissions.

Grant is a sociology professor and a Fellow of the Renewable and Sustainable Energy Institute. He is also the lead author of ‘Super Polluters: Tackling the world’s largest sites of climate-disrupting emissions’.

The book investigates how and why some power plants have managed to evade responsibility for the detrimental impact that they have on global carbon emissions. It also makes proposals about how these hyper-emitting facilities can improve their efficiency.

What is the impact of super polluters on global carbon emissions?

Super polluters - power plants that ranked in the top five per cent on a scale of climate pollution - were responsible for 73 per cent of global emissions from electricity production.

Researchers at Colorado University trawled through an inventory of 29,000 fossil-fuel power plants based across 221 countries in order to determine the world’s largest polluters (as of 2018).

They calculated the potential reduction in emissions if the world’s worst offenders were to improve their efficiency. These changes could include switching to lower-carbon fuels or installing carbon-capture technology.

While the electricity generated by these power plants is vital to economic activity worldwide, power plants produce more CO2 and air pollutant emissions than infrastructure from any other industrial sector. It’s crucial for power plants to implement measures that can reduce their output of carbon.

The study found that super polluters did not have effective measures to reduce carbon emission levels from their facilities. This led to higher than average levels of emissions being produced. These power plants were also proven to be less efficient than the average power plants in their respective countries.

It is already predicted that 2021 will see a rise in carbon emissions, with levels in 2023 expected to surpass the record set in 2018. The Colorado study illustrates the negative ways in which these super polluter power plants are contributing to a worsening problem - and how they have managed to avoid accountability.

How can power plants reduce their carbon emissions?

This new research by the team at the University of Colorado highlights the importance of targeting the most egregious power plant polluters. They hope that the book will contribute to conversations around climate change and encourage changes to be made at a civilian and legislative level.

Most importantly, they hope that their findings will force power plants to actively work towards reducing their carbon emissions output.

Europe's climate masterplan aims to slash emissions within a decade

Carbon emissions on track for second-biggest annual increase ever: IEA