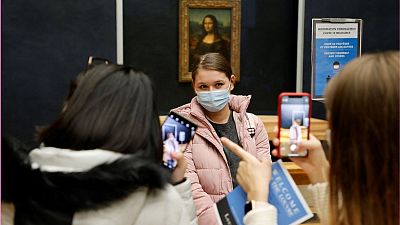 It turns out Leonardo Da Vinci could be the key to tackling climate change, according to new research.

Known across the world as one of the greatest artists and inventors to have ever lived, generations are still inspired by his life and works.

Despite producing his most famous work centuries ago, it turns out Da Vinci is still helping us create new ideas in 2021. The key is apparently emulating both his education and mindset, which experts believe could be the key to preparing young people to take on the challenges of the climate crisis.

In a newly published study, researchers at the University of Cambridge’s education faculty praise Da Vinci’s harmonious combination of arts and sciences within his artistic practice, suggesting this transdisciplinary approach should be applied to the education system today.

“If we look at the amazing designs that Da Vinci produced, it’s clear he was combining different disciplines to advance knowledge and solve problems," says Pam Burnard, Professor of Arts, Creativities and Education at the University of Cambridge.

By using this approach, the team believe that children will be able to approach real-world problems in a manner rooted in childrens’ own lived experiences, thereby helping them build sustainable solutions to climate change.

In this sense, the Leonardo Da Vinci method of learning aims to bring value to all aspects of the education system, putting STEM subjects (Science, Technology, Engineering and Mathematics), on par with the arts in attempting to solve the climate crisis.

Burnard stresses the importance of bringing equal value to subjects when problem-solving.

"We need to encourage children to think in a similar way because tomorrow’s adults will have to problem-solve differently due to the existential crises they will face," she explains, "especially those of climate, sustainability, and the precarity of life on Earth.”

As part of this study, researchers were keen to address the radically different approach to the knowledge needed to tackle key issues such as climate change, framing curriculums as something ‘in-the-making rather than something simply ‘given’ to children to learn.

In their alternative model of the curriculum, schools are given greater freedoms in determining targets, with teachers making collective decisions about how pupils engage with cross-curricular themes, such as sustainability, and how this extends to their wider community engagement.

The Da Vinci Method In Action

While researching the Da Vinci method ahead of the publication of the study, researchers observed that primary school pupils in Aberdeen showed an in-depth understanding of issues like food production and natural resource management when applying combined arts and sciences subjects to real-world activities.

Pupils were each given responsibility for a small piece of land in their school. The students then became deeply invested in the survival of plants, rather than just the abstract concepts taught in their traditional science lessons.

They also engaged in the philosophical and ethical issues related to food production, such as how to produce enough food when space is limited. In a usual curriculum, these ethical and social issues related to science are rarely or ever discussed, allowing pupils to think more complexly about world problems.

The researchers hope that by encouraging pupils to engage with arts and sciences subjects in tandem, issues such as food scarcity and climate change will not only become more accessible, but more realistic within the minds of younger generations.

How can else can the education system tackle the climate crisis?

Prior to this study, business leaders and educators across the globe have warned of the need for new and improved methods of educating others on the issue of scarcity as a result of climate change.

A project dedicated to this encouraging innovation from young people when tackling climate change is the Climate Action Project, a six-week learning programme connecting students across the globe to designing new ways to tackle climate change.

The course covers a myriad of subjects, combining elements of sociology, science and engineering to inspire new innovative solutions. Co-creator Koen Timmers has already witnessed the change that pupils can have in bringing about significant action on climate change.

“We...had a breakthrough in Ireland where students brought about national change with their Green Dot Movement," explains Timmers.

"In Portugal, the Ministry of Education sent a letter to every school and they will be making the project curriculum part of the national curriculum. This year we have worked with the United Nations Environment Programme and ministries of education in 15 countries.

"We will strive for compulsory climate education at a national level and will create a manifesto asking mayors to make a pledge to climate action. Imagine 3,000 cities pledging globally to do more and do better!”

A recent educational phenomenon encouraging a realistic approach to climate change and the environment are Green Schools. After setting up its original school in Bali, Indonesia, the Green School model has received international support, with UN Secretary Ban-Ki Moon and Jane Goodall being among others praising the project.