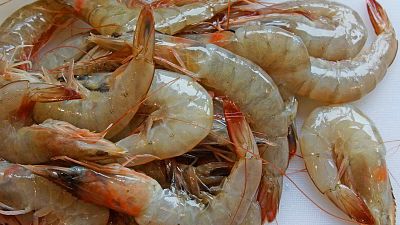 Storing renewable energy is very important. The sun and the wind are not predictable sources of power because they rely on weather conditions in order to work. That’s why batteries, usually made with lithium, are increasingly used to store the energy created by renewables until it is needed.

For example, solar and wind farms don’t often crop up in areas with a connection to a strong electricity grid. Batteries are one solution to preventing the energy created on a particularly sunny or windy day from going to waste.

A recent project led by Spanish researchers, along with help from scientists at the Massachusetts Institute of Technology (MIT), has come up with an innovative new material with which to make these batteries. By extracting ‘chitin’ from the shell of a shrimp, scientists can produce electrodes to form vanadium flow batteries.

"We propose to produce these vanadium flow battery electrodes from chitin, a material from shrimp shells, which, in addition to carbon, contains nitrogen," explains author and chemical engineer Francisco Martin-Martinez. “Chitin is a polysaccharide, similar to cellulose, which is found in the exoskeleton of crustaceans and insects."

The research, published in ACS Sustainable Chemistry & Engineering, concludes that shrimp shells could be used to create batteries that store a lot of energy without being too expensive.

"Vanadium redox flow batteries, unlike lithium batteries used in the automotive industry, do not provide high energy density, but do provide a large volume of energy storage at low cost, which makes them ideal for storing energy from renewable sources such as solar and wind power, whose energy production is intermittent," says Martin-Martinez.

Making the batteries from food waste could also provide a sustainable way of saving this energy without the problems of sourcing lithium. "Obviously, there are carbon electrodes that can yield a better performance,” Martin-Martinez adds, “but the key to this project is to produce such electrodes from a waste material, in this case, chitin from shrimp shells."