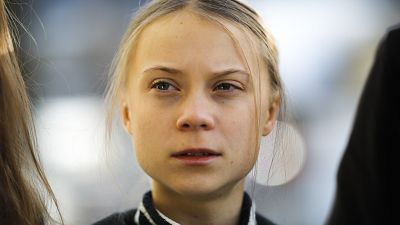 Climate activist Greta Thunberg has released a video saying she thinks she may have had coronavirus and is self-isolating to prevent the spread.

The Swedish 17-year-old thinks she may have contracted it after having been on train journeys around central Europe. Alongside her father, actor Svante Thunberg, she has been staying at home for the last two weeks after having felt symptoms including feeling tired and coughing. In her interview with the New Scientist, Greta says her father got it at the same time, but describes his experience of the virus as “more intense” compared to hers.

“I don’t want to put anyone else at risk,” she says, while urging people to practice social distancing wherever they are in the world.

Thunberg has been spreading the word about the risks of the virus for a number of weeks already, tweeting about avoiding big gatherings and flattening the curve. Amidst the corona pandemic, she is shining a light on the climate crisis, keen for online strikes to continue against all odds.

In this tweet, she says the “climate and ecological crisis is the biggest crisis humanity has ever faced”, but emphasises that “for now (of course depending on where you live) we’ll have to find new ways to create public awareness & advocate for change.”

Further down the thread, she encourages us to keep our “spirits high” and join the #DigitalStrike for upcoming Fridays. “Post a photo of you striking with a sign and use the hashtag,” she concludes.