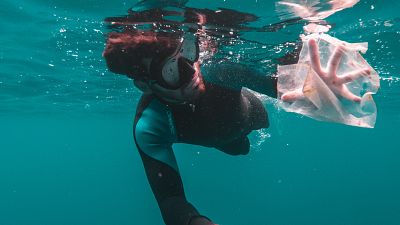 Plastic has slowly made its way into every avenue of modern life. Drinks bottles, straws, wrappings around fruit and veg, even the bag you carry your shopping home in; it’s seemingly unavoidable. The waste produced by our insatiable appetite for this persistent material is also becoming worryingly unavoidable.

Environmental campaigns looking to prevent plastic pollution have often placed emphasis on the consumer to swap to recyclable or reusable products. Levies on disposable cups and plastic bags, although successful in pushing people to bring their own totes and containers, don’t challenge where the waste is made in the first place; the companies making money out of creating these polluting items.

Single-use plastics are the biggest problem. The proliferation of these short-used long-lived pieces of packaging is accelerating climate change at a rapid pace. A report by the Center for International Environmental Law found that by 2050 plastic will be responsible for up to 13% of the total “carbon budget” of the planet. Disposable plastic found in fast-moving consumer goods and packaging is the largest and fastest-growing aspect of this damaging industry.

So who is responsible for pushing plastics, increasing emissions and polluting our oceans?

As part of world cleanup day on September 21st 2019, Break Free From Plastic brought together 72,541 volunteers to take part in community clean-ups and find out which brands appeared most frequently in the waste they collected. Participants took plastic waste from their designated site, counted the number of pieces and used the study’s data card to identify what exactly it was made from and who had made it.

The origins of the waste weren’t always clear but 43% of the pieces collected were unmistakably identifiable as being produced by a specific consumer brand.

The organisation hopes that this data will help shift the narrative of the "top 5 marine plastic polluters" away from countries like Indonesia, Vietnam, and Sri Lanka and toward the big corporations in Europe and the United States that create the plastic waste.

Here is the list of the top ten brands identified by the survey which collected 476,423 individual pieces of plastic waste. The ranking was determined using both the number of plastics collected but also how widespread each companies waste problem was.

Pieces of plastic collected: 3,362 in 28 countries

Pieces of plastic collected: 1,083 in 23 countries

Pieces of plastic collected: 3,328 in 21 countries

Pieces of plastic collected: 543 in 20 countries

Pieces of plastic collected: 1,160 in 18 countries

Pieces of plastic collected: 642 in 18 countries

Pieces of plastic collected: 2,239 in 17 countries

Pieces of plastic collected: 1,090 in 17 countries

The top three most common items found in the survey were plastic bags, sachets, and plastic bottles.

After speaking with volunteers who took part in the audit, the incredible number of sachets found could be linked to sachet water, used as a primary source of drinking water by many urban West African households.

"Sachets (pure water) were invented by West African entrepreneurs to address the problem of poor access to water as a cheap alternative to water bottles," says Ben Dotun Fasanya of the Centre for EarthWorks. He highlights the urgent need for sustainable solutions to this problem explaining that "There are over 250 companies involved in its production in the city of Jos alone. Sachets constitute the biggest content of environmental waste, clogging drains, breeding mosquitoes and localizing floods."

After a Greenpeace US report earlier this month criticised paper and bio-based plastics, the charity has taken this survey as another sign that initiatives claimed by these corporations to offer solutions are not working. “Yet again we’re seeing these corporate giants such as Coke, Nestle, and Pepsi polluting our rivers and beaches with plastic,” sais Louis Edge, head of Greenpeace UK’s ocean plastics campaign, “when it comes to their policies on plastics it’s clear that these huge global brands are planning to fail”.