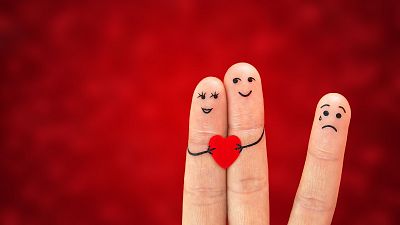 If lockdown romance prospects have left you feeling painfully single this Valentine's Day, then you might be relieved to know that there are a few alternative days for you too.

The unattached people’s response to Valentine’s Day is known as Singles’ Day and is held on the 11th of November.

In recent years, shops in the US have also built Singles’ Day into their sales calendars, with the likes of Dealmoon reaching 17.6 million luxury-loving shoppers, 70 per cent of whom buy something annually on the 11 November event.

It said the response had been so brisk that some brand's servers have malfunctioned, inventories have been wiped out in 48 hours, and some have earned more than €5.7m in less than seven hours.

But it appears it could be big business in the UK too, with Singles’ Day trending on Twitter ahead of Armistice Day last year.

So far, the niche response to Valentine’s Day in the UK has been the so-dubbed Galentine’s Day, celebrating female friendships on 13 February. The anti-Valentine’s indie festivity is yet to make a dent in the gargantuan lovers’ push though.

So is Singles’ Day something European shoppers could come to love?

Whether you like Emma Watson, would describe yourself as self-partnered, or like Gwyneth Paltrow,  consciously uncoupled, Singles’ Day for some means snapping up a deal at a number of online retailers.

Coming hot on the heels of shops’ fire sale of Halloween and Bonfire Night goodies, preparation for Black Friday is well underway by the second week of November, despite Christmas songs often already playing on speakers. Singles’ Day comes at an already jam-packed time of year for retailers.

Despite complaints around the commercialisation of celebrations, anti-fast fashion activism group Fashion Revolution railed at the suggestion another shopping bonanza could replace the start of the Christmas shopping season.

If you are planning to treat yourself to a Single's Day treat later this year or pick up a present for a pal next week, why not support a local independent business instead of filling the pockets of online shopping giants.