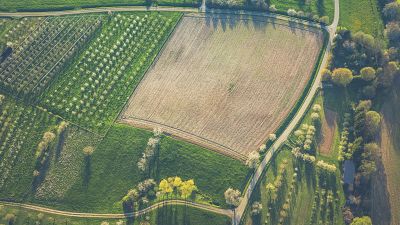 Shifts toward a plant-based diet in some of the world’s wealthiest countries could help farming become a carbon-absorbing industry by 2050 according to a study published in the journal Nature Climate Change.

Land use makes up around 25% of global greenhouse gas emissions so any measures that could reduce its environmental impact are a welcome contribution to trying to meet the IPCC global warming target of less than 1.5°C. According to study lead author, Stephanie Roe, keeping warming under 2°C needs us to cut emissions in half every decade and remove huge amounts of CO2 already in the atmosphere.

The study highlights a number of wealthy countries, such as the United States, those in the European Union, and Brazil, among others, who would make the most difference if just one in five of their inhabitants adopted a vegan diet.

Although a completely vegan diet would reduce emissions from livestock farming by an even greater degree, the study identifies diets consuming less than 2,500 calories and less than 60g of animal protein as an achievable possibility that would have significant impacts on emissions if adopted by 50% of the global population.

Dominika Piasecka, spokeswoman for The Vegan Society, told Euronews Living, “we know that cutting out animal products from your diet is the single most effective action an individual can do to help fight climate change”. She explained that, according to a 2019 Harvard University report, if everyone in the UK went vegan there would be more than enough food produced to feed everyone.

Read More | Is vegetarianism worth it?

It isn’t just a “near-vegan” diet that these researchers have identified as an achievable way to reduce carbon emissions. Tree-planting and more eco-friendly agricultural practices were also identified as ways to cut farming’s contribution to global warming. In developing countries where a diet change is potentially less achievable, action to help protect vital forests and restore already damaged land was proposed. Habitats like tropical and peatland forests are valuable as store a large amount of CO2 and have high biodiversity.

If all of these measures were implemented then land currently making a substantial contribution to climate change could instead act as a carbon sink, absorbing up to 3 gigatonnes. That’s the equivalent of the emissions produced by 771 coal-fired power plants in one year.

Michael Obersteiner, one of the study’s authors, emphasizes that the plan laid out by this research takes into account whether these solutions are possible. “Large scale deployment is not expected to happen within the next decade given current realities of the international climate policy regime,” he said. If they were to be implemented, land used to grow food and other plant-based resources could be carbon neutral by 2040 and begin absorbing carbon by 2050. Although land can't do it all, vast changes in how we use the land around us might help buy some time for delays in other high emission industries.