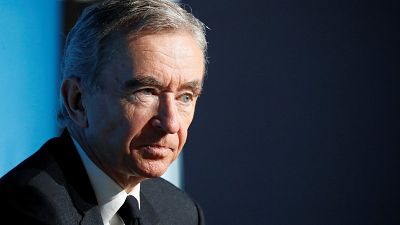 Bernard Arnault, CEO of luxury fashion house LVMH, has publically criticised activist Greta Thunberg in relation to her speech last Wednesday at the United Nations, Reuters reports. Arnault derided her lack of optimism on climate issues, describing her message as “demoralising”, subsequently backing the efforts of the fashion industry towards a more sustainable future.

On Wednesday, teen climate activist Greta Thunberg delivered a moving speech on the climate emergency we are facing as a planet. In the speech, Thunberg appeared emotional as she spoke scathingly about the international approach to the environment, saying,

“People are suffering. People are dying. Entire ecosystems are collapsing. We are in the beginning of a mass extinction, and all you can talk about is money and fairy tales of eternal economic growth. How dare you!”

The leader of the luxury fashion brand LVMH, responsible for designer labels like Dior, Givenchy and Louis Vuitton, hit back at the speech. He spoke out in defense of LVMH’s sustainable credentials of late, which include a partnership with UNESCO back in March and Dior’s environmentally themed “garden” catwalk at Paris Fashion Week this season for example. Arnault said Thunberg’s approach was overly pessimistic, Reuters reports, describing her words as “doom-mongering.”

The world’s biggest luxury goods conglomerate has revealed it is in the process of cutting carbon emissions, much like Kering-owned Gucci, who this week went fully carbon neutral as London Fashion Week began. LVMH has also pledged to ensure full traceability for all of its raw materials by 2025.

Arnault told journalists that he preferred “positive solutions that allow us to get towards a more optimistic position”, as opposed to what he views as negative rhetoric put forth by Greta Thunberg. The French chairman went on to say that her vision “has a demoralising side to it for young people”, concluding, “she’s not proposing anyway, aside from criticism.”

"Greta Thunberg's actions have inspired millions of young people to do what their parents' generation should have done but failed to - taking responsibility for their future. If there's anything depressing and demoralising, it's the fashion industry's huge impact on our planet."

According to the same spokesperson, each year the equivalent of 1.2 billion tonnes of CO2 is contributed by the textile industry, more than international flights and shipping combined. He added that £140m worth of clothes goes to landfill every year in the UK alone, concluding "If Bernand Arnault's own industry made some real progress in cutting waste and climate-warming emissions, we would all have good reasons for cheering up."