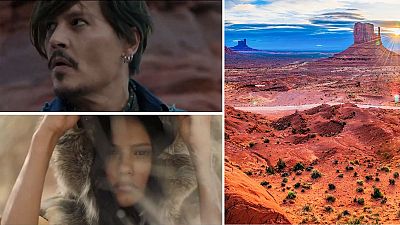 The fashion and fragrances brand has been forced to pull the advert after furious critics accused it of racism, tokenism and fetishizing indigenous American culture.

Featuring longtime ambassador Johnny Depp, the campaign depicts what Dior says is “an authentic journey into the Native American soul in a sacred, founding and secular territory”.

Before the release of the advert yesterday (1 September), commentators were outraged at the brand’s use of indigenous people and imagery to market a product called Sauvage, which translates from French as ‘savage’. Other translations include ‘wild’, ‘uncivilised’, and ‘feral’.

Others suggested the description of the new fragrance as having **“warm oriental tones” **had racist undertones.

Since the release, the backlash grew stronger prompting Dior to delete the footage from its social media channels. However, copies have surfaced on social media showing a Native American in feathered, ceremonial dress dancing on a rocky outcrop in the desert in addition to a woman wearing animal hide.

Behind the scenes videos have also emerged in which Depp stressed the need for sensitivity.

Mindful of this, Dior hired cultural advisors from Americans for Indian Opportunity during production to help avoid claims of cultural appropriation. One advisor, Ron Martinez ‘Looking Elk’ said his community had been dealing with misappropriation of their culture since the colonial era.

“It was very important to make sure native American components of the shoot are done tastefully, respectfully,” Martinez said. In fact, his company signed off on costuming, props, set design and castings. “It’s such a look that it’s very authentic from an indigenous perspective but not very specific to any one culture. It’s a celebration.”

Not all fans were angered by the advert, with many pointing out that Depp himself has claimed Native America heritage.

It comes just a couple of months after high fashion brand Carolina Herrera received a hostile response to a new collection taking inspiration from Mexican culture.

Neither Depp nor Dior have responded to requests for comment.