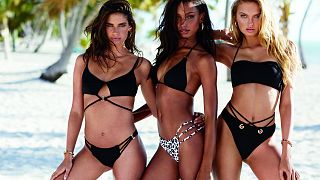 More than 100 fashion industry stars have joined forces to demand lingerie brand Victoria’s Secret does more to guarantee the safety of its models.

In an open letter to the brand, celebrities, models and activists including Gemma Ward, Saskia de Brauw and Resident Evil actress Milla Jovovich told of their heartbreak and disgust, following a flurry of allegations of rape, sexual assault and sex trafficking from Victoria’s Secret models and aspiring models.

“It is deeply disturbing that these men appear to have leveraged their working relationships with Victoria’s Secret to lure and abuse vulnerable girls,” the letter said. It singled out photographers Timur Emek, David Bellemere, and Greg Kadel who are currently under scrutiny over claims of “sexual misconduct”.

“These stories are gut-wrenching and hit close to home for many of us who have encountered these kinds of abuses that are too often tolerated in our industry,” it went on.

“We stand with the courageous women who have come forward and shared their stories, despite fears of retaliation or harm to their careers.”

Campaigners called on Victoria’s Secret to join the Model Alliance’s Respect programme, which requires signatories to uphold strict codes of conduct for all employees, vendors, photographers and other contractors. It would reduce models’ vulnerability to mistreatment and allow them access to an independent and confidential complaints service, said the Model Alliance.

At the time of publication, Victoria’s Secret was yet to respond to Euronews Living’s request for comment.

Co-signers to the letter included fashion industry executives, photographers, designers and stylists as well as supermodels such as Doutzen Kroes, Christy Turlington Burns and Erin O’Connor – who made headlines at the beginning of the year after walking the runway at Couture Fashion Week in Paris while heavily pregnant.

Meanwhile, Time’s Up – the organisation campaigning against sexual assault and harassment in the workplace in the wake of the Harvey Weinstein scandal – and the Harvard University’s Strategic Training Initiative for the Prevention of Eating Disorders also lent their support to the cause.

Regulations designed to protect models were about equal throughout the UK, Europe and the US, expert in modelling law and co-founder of Pail Solicitors, Peter Adediran told Euronews Living.

"Although all EU countries have regulations in place to protect models, individual states are culturally different from others. Milan is notorious for the exploitation of young models, while Paris, France and London, UK are less known as hotspots," said Adedrian, whose firm takes on cases of model representation mandates, breach of contract and breach of confidence.

"It is when the unaccompanied financially or emotionally vulnerable young models get introduced to wealthy older men by other models, friends of models or promoters at nightclubs and parties and are tempted to earn extra money in the “private” shoots that they are often drugged and raped and some even become high-class escorts."

He warned the scenario was "very common" though, well-known model agencies like IMG and Ford were cautious to protect their models.