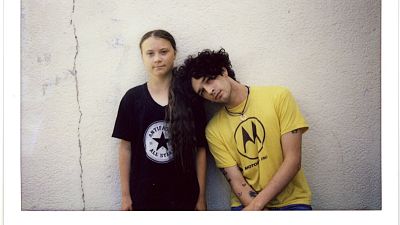 Climate change activist Greta Thunberg has become the first person not a member of the band The 1975 to feature on one of their tracks. The band’s upcoming album, Notes on a Conditional Form has the 16 year-old delivering a call to arms for climate rebels over a gentle orchestral backing.

As an opening to The 1975’s new album, the self titled track is a strong message in which Thunberg calls for ‘civil disobedience’ stating ‘there are no grey areas when it comes to survival’. She continues, ‘we need a system change rather than individual change. But you cannot have one without the other.’

Thunberg has become the enduring face of a global youth movement to tackle climate change with a 15 metre mural of the young campaigner appearing in Bristol earlier this year. Her foray into the world of music comes at a pivotal point for change as, in the midst of an unprecedented heatwave, the scientific consensus that humans are the cause of global warming has pushed past 99%.

Matt Healy, lead singer of the band, said it was an inspiration to meet Thunberg and also revealed that the income from the track will go to socio-political action group, Extinction Rebellion.